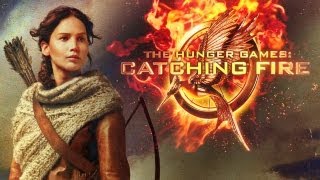 Nero burned Christians (alive) in his gardens, using them as candles, and by other macabre methods; Leopold II of Belgium killed 15 million; Adolph Hitler killed 17 million in Germany and throughout Europe; Jozef Stalin killed 23 million in the Soviet Union; Mao Zedong killed 78 million people in China – all “just a figment of our imaginations,” or do you think “it will never happen again?”

According to Jesus and other Bible prophecies, it will happen again, but it will be much worse than the statistics I recalled above, according to what He said,

Luciferians, Bilderbergers and Illuminati meet yearly at the Bohemian Grove in Monte Rio, CA, for the “Cremation of Care” in order to condition themselves for their future plans. President Nixon, President Reagan, Presidents Bush, President Clinton and Henry Kissinger have all attended, as many other politicians have. They discuss their “Dick Dastardly” plans for the populations of the world at this yearly gathering, as well as the Bilderberg meetings.

According to the Georgia Guidestones (the 10 tenets of satan), they want to eliminate about 97 percent of the world’s current population, from over 7 billion, down to 500 million. They seek to accomplish that goal, but according to Bible prophecy, our Lord and Savior Jesus Christ is going to interrupt their plans just a bit (Revelation 19)!

John the Revelator wrote about the impending apocalypse,

“I saw when the Lamb (Jesus Christ) opened one of the seals and I heard, as it was the noise of thunder, one of the four beasts saying Come and see: and I saw and behold a white horse and he that sat on him had a bow and a crown was given unto him, and he went forth conquering and to conquer. When He had opened the second seal, I heard the second beast say, Come and see: and there went out another horse that was red and power was given to him that sat thereon to take peace from the earth and that they should kill one another and there was given unto him a great sword. When He had opened the third seal, I heard the third beast say, Come and see: and I beheld, and lo a black horse and he that sat upon him had a pair of balances in his hand. And I heard a voice in the midst of the four beasts say, A measure of wheat for a penny (a day’s wages), and three measures of barley for a penny, and see that you do not hurt the oil and the wine. And when He had opened the fourth seal, I heard the voice of the fourth beast say, Come and see: And I looked and behold a pale horse and his name that sat on him was Death, and Hell followed with him, and power was given unto them over the fourth part of the earth to kill with the sword, and with hunger and with death and with the beasts of the earth” Revelation 6:2-8.

“It would have been impossible for us to develop our plan for the world, if we had been subjected to the lights of publicity during those years.”

The bottom line, folks, is that about 120 of the richest people in the world see the rest of us as a “cancer on the earth” (the 10th tenet of the Georgia Guidestones) and they have definite plans to “cull” the populations of the world.

The hour is getting late and “the writing is on the wall.”

The nations will collapse financially; that’s not a maybe, they will collapse and it will happen suddenly. Some banks have even practiced “bank holidays” to gauge public reactions for when the real thing happens. For example, on the morning of September 27, 2013, the National Bank of Panama announced suddenly that it was suspending all services until October 1st. The citizens of Panama had to suddenly and unexpectedly endure five days, including the weekend, without cash withdrawals or other bank services – no notice. The bank announced they were shutting down for a “system upgrade.” No business handling such critical public services shuts down for “upgrades” without providing adequate notice to the public. The bank closed suddenly, ATMs were closed and online services were shut down. Parents couldn’t withdrawal funds from the bank for gas or shopping needs, etc. Honestly, how critical is it if a mother planned to pick up the diapers and milk on that Friday, especially it being payday for most people in Panama, but couldn’t access any cash, or use a bank card for five days!

“He causes all, both small and great, rich and poor, free and bond, to receive a mark in their right hand, or in their foreheads, that no man might buy or sell, save he who had the mark, the name of the beast (antichrist), or the number of his name. Here is wisdom. Let him who has understanding count the number of the beast, for it is the number of a man and his number is six hundred, sixty-six” Revelation 13:16-18.

Posted by L A. Posted In : One World Socialist Government

It was almost surreal looking at photos included in a Reuters report of the prayer meeting held at the Vatican between Christians, Jews and Muslims!

That was a historical event, but long awaited and expected.

The Word of God tells us that a seven-year peace treaty will be confirmed in the last days, and we are watching the convergence of this prophetic event take place before our eyes.

“And he (antichrist) shall confirm the (peace) covenant with many for one week (prophetic seven years – referenced in Revelation 13:5, when the antichrist breaks this covenant in the “midst of the week”) and in the midst of the week, he shall cause the sacrifice and oblation to cease,and for the overspreading of abominations he shall make it desolate, even until the consummation and that determined shall be poured upon the desolate” Daniel 9:27.

The most exciting news yet is that such a peace treaty will bring about the catching up of the saints of God (1 Thessalonians 4:16-18), who will be spared the onslaught of the great tribulation which begins simultaneously.

“Watch therefore and pray always that you may be accounted worthy to escape all these things that shall come to pass and to stand before the Son of man” Luke 21:36.

Events surrounding this peace treaty and the last seven years this side of the Millennium are spelled out in Daniel’s prophecies and those of the Apostle John in the Book of Revelation.

The Word of God tells us that not only will a global dictatorship come to power, but at the same time, the false prophet of an upcoming global interfaith church will step forward as well.

This was written by the Apostle John regarding the false prophet and the beast (antichrist),

“He (false prophet) exercises all the power of the first beast (antichrist) before him and causes the earth and those who dwell therein to worship the first beast, whose deadly wound was healed (may allude to the conquest and fall of the Ottoman Empire, which is now being revived); and he does great wonders, so that he makes fire come down from heaven on the earth in the sight of men and deceives those who dwell on the earth by means of those miracles which he had power to do in the sight of the beast, saying to them that dwell on the earth that they should make an image to the beast (antichrist), which had the wound by a sword and lived; and he had power to give life to the image of the beast (hologram?), that the image of the beast should both speak and cause that as many as would not worship the image of the beast to be killed. He causes all, both small and great, rich and poor, free and bond, to receive a mark in their right hand, or in their foreheads (RFID chip?), that no man might buy or sell, except he who had the mark, the name of the beast (antichrist), or the number of his name. Here is wisdom. Let him who has understanding count the number of the beast, for it is the number of a man, and his number is six hundred, sixty-six” Revelation 13:12-18.

We are also witnessing the signs foretold by Jesus concerning His return,

“Nation will rise against nation, kingdom against kingdom, and there will be famines, pestilences and earthquakes in diverse places” Matthew 24:7.