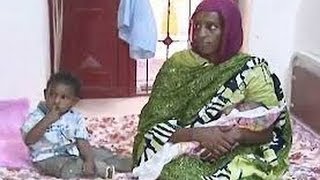 MERIAM IBRAHIM RELEASED FROM PRISON, REARRESTED – BETRAYED BY HER OWN BROTHER

Most have heard of the plight of Meriam Ibrahim, the Sudanese Christian who is married to an American, who also has been languishing in a Sudanese prison with her toddler and newborn baby girl, under a sentence to be tortured (lashed 100 times), then to be hanged for refusing to renounce her Christian faith.

Ibrahim was released on Monday due to international public outcry. Since authorities could change their minds and rearrest her because of her Christian faith, she prepared to leave Sudan on Tuesday with her husband and children, but was rearrested at the Khartoum airport after her own brother, who is a Muslim, betrayed her to police.

Ibrahim’s brother (are you ready for this?), Al Samani Al Hadi Mohamed Abdullah, told police a devilish lie, that she was “being taken against her will.”

Sure, Al Samani Al Hadi Mohamed Abdullah……, your sister didn’t want to leave Sudan at all. We all know how she would have much rather preferred staying in Sudan to possibly be rearrested, tortured and hanged! Riiiiiiiiight!

These people are the epitome of evil and the only god they worship is satan!

While I am on the subject, does anyone wonder why America is being turned upside down socially and economically? We have a Muslim in the White House!

Obama’s ring bears the truth, which is inscribed, “There is no god but Allah” in Arabic. 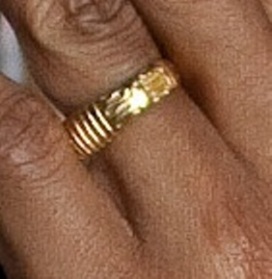 The United Kingdom already has more than 80 Shariah courts. No, they aren’t sentencing people to be beheaded – yet; that won’t come about until they have gained control throughout the world. Don’t believe it?

The Word of God tells us this will happen,

“I saw thrones and those who sat upon them and judgment was given unto them and I saw the souls of those who were BEHEADED for the witness of Jesus, and for the Word of God, who had not worshiped the beast (antichrist), neither his image, neither had received his mark upon their foreheads, or in their hands, and they lived and reigned with Christ a thousand years” Revelation 20:4.

The Word of God tells us who the antichrist is,

“Who is a liar but he who denies that Jesus is the Christ? He is the antichrist, who denies the Father and the Son” 1 John 2:22.

Muslims deny that Jesus is the Christ, and they say God has no Son. The Muslim Mahdi (awaited Muslim messiah) is the antichrist!

This pitiful woman and her family need prayer desperately in order to survive the Muslim demon-possessed lunatics who are hell-bent on torturing her and her family simply because she is a Christian.

Jesus foretold what would happen in the last days, and we are seeing it unfold throughout the world right before our eyes.

“From henceforth, there shall be five in one household divided, three against two, and two against three. The father shall be divided against the son, the son against the father, the mother against the daughter, and the daughter against the mother; the mother in law against her daughter in law, and daughter in law against her mother in law. And He also said to the people, ‘When you see a cloud rise out of the west, right away you say, ‘There comes a shower,’ and so it is. And when you see the south wind blow, you say, ‘There will be heat,’ and it comes to pass. You hypocrites, you can discern the face of the sky and of the earth, but how is it that you do not discern this time?” Luke 12:52-56.

If you are able to see spiritually, you can discern that we are living in the last days and the return of the Lord is imminent, as He promised in His Word.

If you are spiritually inept, you cannot see it and, worse yet, Jesus said you are a “hypocrite.” Those who are servants of the Most High God can hear His voice (John 10:27).