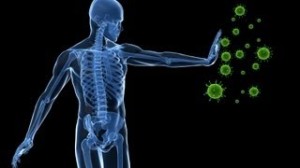 The Defense Advanced Research Projects Agency (DARPA) “wants to give ordinary people this ‘superhuman’ capability” to heal themselves by receiving a tiny implantable device that will use electrical impulses to monitor the body’s organs and heal crucial parts when they become infected or injured.

Wow, now that sounds like the ultimate pitch, doesn’t it? Who wouldn’t want that? It appears they may have finally come up with an idea that billions of people can’t resist, “an offer they can’t refuse,” in order to get them “implanted.”

Truth? If they offered it to me free of charge and promised me eternal life to go with it, I wouldn’t take it.

The Word of God tells us that a global leader will require everyone to receive a “mark” in their right hand or forehead in order to live in society,

“He causes all, both small and great, rich and poor, free and bond, to receive a mark in their right hand, or in their foreheads, that no man might buy or sell, except he who has the mark, the name of the beast (antichrist – global dictator), or the number of his name. Here is wisdom. Let him who has understanding count the number of the beast, for it is the number of a man, and his number is six hundred, sixty-six” Revelation 13:16-18.

Those who succumb and receive the “mark of the beast,” will be rejected by God forever, because this leader is the epitome of evil and receiving his mark is blasphemy.

“I saw thrones and those who sat upon them, and judgment was given unto them, and I saw the souls of those who were beheaded for the witness of Jesus and for the Word of God, which had not worshiped the beast, neither his image, neither received his mark upon their foreheads or in their hands, and they lived and reigned with Christ a thousand years (during the Millennial Reign of Christ)” Revelation 20:4.

Do not be deceived. That “mark” seals the fate of the receiver forever.

“The third angel followed them saying with a loud voice, If any man worships the beast and his image and receives his mark in his forehead, or in his hand, the same shall drink of the wine of the wrath of God, which is poured out without mixture into the cup of His indignation, and he shall be tormented with fire and brimstone in the presence of the holy angels, and in the presence of the Lamb (Jesus Christ), and the smoke of their torment ascends up forever and ever, and they have no rest day nor night, who worship the beast and his image and whosoever receives the mark of his name” Revelation 14:9-11.

Some people wonder, “Why such a cruel punishment?” Have you ever recognized how punishments are meted out by the judicial system in accordance with the severity of the crime?

Hell fire for eternity? – Think about it. That is how Holy God is! The severity of hell fire demonstrates how vile it is to reject God’s offer of absolution – through the cruel death of His Holy Son, on a cross, for the sins of the whole world. God offers forgiveness – for free – if we only receive His Son as our Savior and follow the example of Christ, as outlined in His Holy Word.

If you haven’t read the Bible, it is God’s Holy Word and the most important book to read of all ages. All creation is called by God to read His Holy Word and to know it; it is the pathway to eternal life – and warns against eternal damnation!