Major to great magnitude earthquakes (6.0+) have increased to more than one quake every two days during the last 24 months on average. This is unprecedented and a fulfillment of last days Bible prophecy. 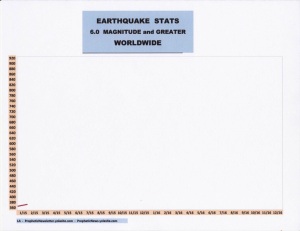 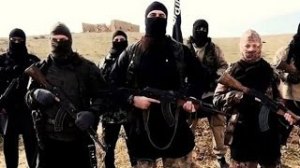 ISIS besieged al-Baghdadi last month and captured the town last week. Our US intelligence agency is aware of these facts, but Barack Hussein Obama would not evacuate our skeleton crew of 320 US Marines only five miles from the latest mayhem in al-Baghdadi, not last month when the town was besieged, or even in the last week when the town was taken by ISIS. The response seems to be the same as that given to Ambassador Christopher Stevens’s pleas for help in Benghazi: “stand down” orders from Obama!

ISIS burned Jordanian pilot Lt Muath al-Kaseasbeh alive in a cage; then they lined up 21 Christians in Libya and beheaded them all on the beach; they have since paraded 17 captured Kurdish fighters through the streets of Iraq shackled in cages, which was posted on a video Friday; there are still more reports that at least another 35 more Christians have been rounded up in Libya to be slaughtered.

Nero was said to have played the fiddle as Rome burned (he also had Rome set on fire himself). I wonder if Obama is playing golf right now. No, actually he just returned from a weekend vacation playing three rounds of golf in California, which cost American taxpayers $2.5 million! (I would like to fly his hind end to Iraq!)

In October 2011, I wrote this commentary after Obama’s announcement that he would withdraw troops from Iraq, but leave a small company there for “special operations and training:”

With all of the upheaval and terrorism going on in the Middle East right now and with there still being a great number of radical Muslim terrorists in Iraq, no one in their right mind would leave a single diplomat or a tiny faction of American troops behind in Iraq when our troops do pull out.  “Righteousness exalts a nation, but sin is a reproach to any people” Proverbs 14:34.  “As a roaring lion and a raging bear, so is a wicked ruler over poor people” Proverbs 28:15.  We need a God-fearing man in the White House, not a liar, or one with a Marxist-socialist agenda. (I’ll add “Muslim terrorist” to that!)

After beheading 21 Christians in Libya (thanks to Obama – for killing Gaddafi and giving Libya to ISIS!), the leader stated in a video of the beheadings that they would “conquer Rome.”

According to Bible prophecy, they will, in fact, destroy Rome with fire. You can read all about that in Revelation 18. Pope John Paul II kissed a Qur’an, and Pope Francis has declared Islam a “peaceful religion,” but their lies and hypocrisy will not save them. They killed too many Christians and Jews by burning them alive and other gruesome tortures during the Inquisition, for which they have not repented, or apologized! God will judge them (Revelation 18:20,24).