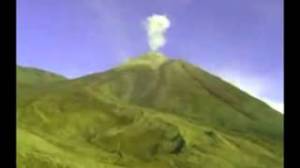 Explosions are occurring frequently from the Reventador volcano in Ecuador, with an active lava flow, and the activity remains elevated.

Strong ash eruptions have occurred at the Turrialba volcano in Costa Rica today. The strongest eruption occurred on May 16, with ash plumes ascending up to 50 km. 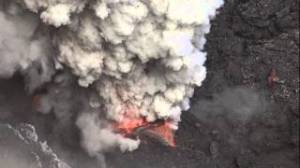 The Dukono volcano in Halmahera, Indonesia, is producing near continuous explosions, with ash plumes rising to 10,000 ft (3 km). 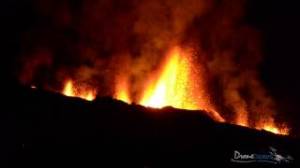 A new eruption occurred at the Pinton de la Fournaise volcano on Reunión Island on May 17. The eruption continues with strong lava flow today, only 3 km from the coastal road.

The Word of God tells us that there will be signs in the earth during the last days,

The fire and vapor of smoke can allude to volcanic eruptions.

We see blood flowing throughout the Middle East, as IS (Islamic State), the antichrist kingdom, slaughters Christians and non-Muslims throughout Syria, Iraq, Libya and Tunisia. John the Revelator wrote of these beheadings in the last days in Revelation 20:4.