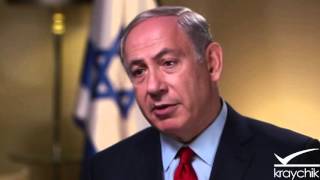 Israeli Prime Minister Benjamin Netanyahu mentioned during his speech in Jerusalem on Tuesday that the Grand Mufti Amin al-Husseini, during his conversation with Adolf Hitler in 1941, urged Hitler to “burn” Jews, instead of deporting them from Germany.

The US media, as well as Netanyahu rivals in Israel, went viral reporting Netanyahu was “inciting violence.”

A senior official with the Obama administration said, “We continue to stress publicly and privately the importance of preventing inflammatory rhetoric…”

In the meantime, the leader of the Nation of Islam, Louis Farrakhan, an associate of Obama’s, is running rampant throughout the US since July making hate speeches against whites and soliciting the murder of whites!

Obama, the Attorney General, nor anyone in his administration, has said “jack doodly” about the Farrakhan outrage!

Honestly, do Palestinians need any “provocation” to be incited to violence? They are extremely violent against Jews when absolutely nothing is being said to them. It is their religious conviction to kill Jews – and Christians!

The Wall Street Journal reported that Netanyahu’s account of al-Husseini’s statements to Hitler have been rejected by most historians, yet there are no references given to back up that claim. Did the WSJ poll all historians to come up with that allegation? I didn’t see any poll results.

The Mufti al-Husseini recruited Muslims for Hitler’s SS militia to help torture and incinerate Jews, why would he not have urged Hitler to kill the Jews? Besides that, what’s worse, “urging” Hitler to burn the Jews, or helping Hitler burn the Jews?

While Palestinians are on a killing rampage in Jerusalem, why would anyone in their right mind spend so much time and energy writing up a multitude of publications against Prime Minister Netanyahu’s statement, while the Palestinians are perpetrating so much bloodshed?!

If what the mainstream media reports is true, as they allege Netanyahu’s historical facts are inciting violence, why in the world would they further “incite violence” by publishing the statements worldwide? How stupid is that? Their accusations are ridiculous, otherwise they would want to keep Netanyahu’s statements out of the news!

The bottom line is, up one side and down the other, Obama’s media muppets have to do anything and everything they can, even hang on every word Netanyahu speaks, in order to keep the focus away from the Palestinians’ hateful onslaught of violence against Jews since Rosh ha-Shanah last month, killing nine Israelis…

…and while the nation’s media muppets focus on every word of spoken by Prime Minister Netanyahu, Louis Farrakhan is soliciting the murder of whites across the nation!

Most importantly, read the Word of God!

The Bible tells us,

“Thus saith the Lord God, My people went down aforetime into Egypt to sojourn there, and the Assyrian oppressed them without cause” Isaiah 52:4.

“Thus saith the Lord against all My evil neighbors that touch the inheritance which I have caused My people Israel to inherit; Behold, I will pluck them out of their land and pluck out the house of Judah from among them” Jeremiah 12:14.

The “Assyrian” is still afflicting Israel without a cause, but when the Lord soon returns, He will pluck them up out of the land and of Israel!

The Pacific Tsunami Warning Center issued a tsunami information statement on October 20, 2015 at 2157 UTC. A tsunami was not expected at that time, according to historical data.

Major to great magnitude earthquakes (6.0+) have increased to more than one quake every two days during the last 32 months on average. This is unprecedented and a fulfillment of last days Bible prophecy.

This year, 2015, the “Star of Bethlehem” appeared on June 30th, for the first time in about 2,000 years, since the birth of Jesus our Savior; and it is the Hebrew Shemitah year (occurring only once every seven years), as well as the Jubilee year (occurring only once every 49 years), as we also witnessed the extremely rare occurrence of four “blood moons” (lunar eclipses, Joel 2:31, Acts 20:2) occurring simultaneously on four of Israel’s feast days in 2014-15, with a solar eclipse…