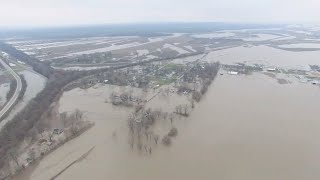 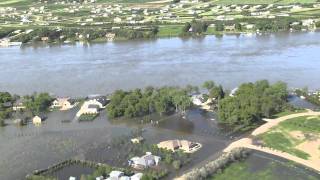 MISSOURI FLOODING – SIGNS IN THE EARTH

A state of emergency has been declared for more than half of the counties in Missouri and 22 people have died in floods throughout the state. Officials said the flooding has topped at least 10 levies and hundreds of structures have been damaged, or destroyed.

Raw sewage from a treatment plant in St Louis is spilling into the river due to flooding and it will be days before it stops.

Another nine people have died in Illinois and officials are warning residents to take precautions while driving, because cars caught in floodwaters is the main cause of death. Some are using canoes to traverse flooded streets.

Flooding is expected to continue through mid-January along the Mississippi River from Tennessee to Mississippi, Arkansas and Louisiana.

We need to pray for those suffering such severe weather and loss, and that those who are suffering will turn to God for help and salvation.

“Let us therefore come boldly unto the throne of grace, that we may obtain mercy and find grace to help in the time of need” Hebrews 4:16.

There are definite promises in God’s Holy Word for His people who trust in Him:

“Because you have made the Lord, which is my refuge, even the Most High, your habitation, no evil shall befall you, neither shall any plague come near your dwelling, for He shall give His angels charge over you, to keep you in all your ways” Psalms 91:9-11.

There is a song that expounds on this, God’s favor:

“Nothing between my soul and the Savior…nothing preventing the least of His favor…keep the way clear and let nothing between.”

Nothing Between is an old song with a very important message. If we want God’s favor, and we know how to walk circumspectly before Him, it is important that we make Him our “habitation” (meaning our thoughts stay upon Him, we walk in His commandments, praise Him and stay in His will, through prayer and reading His Holy Word) especially in these last days.

The Word of God tells us that His wrath will be poured out upon the wicked and the entire world is suffering pretribulation birth pains:

“Behold, the Lord has a mighty and strong one, which is a tempest of hail and a destroying storm, as a flood of mighty waters overflowing, shall cast down to the earth with the hand” Isaiah 28:2.

Jesus said concerning the time of His return,

“There shall be signs in the sun and in the moon and in the stars, and upon the earth distress of nations with perplexity, the sea and the waves roaring” Luke 21:25.

Let us pray, be vigilant and remain protected under God’s wings (Psalms 91:4), as the alarming floods, storms, earthquakes and disasters fall to awaken the inhabitants of the earth to the ultimate destruction that awaits the wicked, who refuse to repent and turn to God.

At least six people are reportedly dead and at least 100 injured during the massive quake, which has also caused major damage throughout the region.