On Tuesday, DailyMail.com published a story about Richard Hernandez of Miracopa County, Arizona, who transformed himself from a good-looking young man (shown holding his infant son in that article) to a woman, and then finally undergoing body modification surgeries to become a “dragon.”

The transformation is quite shocking, so I actually felt very sorry for Richard Hernandez, but not nearly as bad as I felt for the adorable little boy he was holding in his arms earlier in life.

Hernandez, who now calls himself Eva Tiamat Baphomet (part man, part woman, part animal – satanic idol) Medusa, said, “I am the Dragon Lady, a preop M2F (male to female) transgender in the process of morphing into a human dragon, becoming a ‘reptoid,’ as I shed my human skin, my physical appearance and my life as a whole, leaving my humanness behind,” wanting to embrace natural self awareness as a “mythical beast.”

“I don’t care what people say about me, or my views, and if I have to, I will defy and stand alone against the whole world, but never will I make any compromise to my ‘integrity.’”

You might ask, How does someone go from being an average guy, a banker, with a beautiful boy, to morphing himself into some type of mythical beast, going so far as to having his body tattooed with scales, all of his teeth pulled, his eyes dyed green, having horns implanted into his head, his nose and ears cut off and his tongue forked like a snake?

If you believe what the Holy Word of God tells us, this is the process:

“The wrath of God is revealed from heaven against all ungodliness and unrighteousness of men, (1) who hold the truth in unrighteousness (know truth, but still remain ungodly), because that which may be known of God is manifest in them, for God has shown it to them; for the invisible things of Him from the creation of the world are clearly seen, being understood by the things that are made, even His eternal power and Godhead, so they are without excuse. Because (2) when they knew God, they glorified Him not as God, (3) neither were thankful, but (4) became vain in their imaginations, and their foolish heart was darkened. (5) Professing themselves to be wise, they became fools, and (6) changed the glory of the incorruptible God into an image made like corruptible man, to birds, fourfooted beasts and creeping things. Wherefore, (7) God gave them up to uncleanness through the lusts of their hearts, to dishonor their own bodies between themselves, (8) who changed the truth of God into a lie and worshiped and served the creature more than the Creator, who is blessed forever. Amen. For this cause, (9) God gave them up unto vile affections, for even their women did change the natural use into that which is against nature; and, likewise, also the men, leaving the natural use of the woman, burned in their lust toward one another, men with men working that which is unseemly, and receiving in themselves that recompense of their error (AIDS and STD?), which was meet (just). Even as they did not like to retain God in their knowledge, (10) God gave them over to a reprobate mind, to do those things which are not convenient” Romans 1:18-28. (Numbers added to demonstrate the progressive moral and spiritual decline).

Those who (1) knew the truth, but loved unrighteousness, (2) gave no honor to God, and even go so far as to deny Him, or replace Him with an idol, (3) were not thankful to God, (4) become vain in their imaginations and they become evil. (5) They increase in arrogance and self confidence about what they are doing…All of the above is self explanatory. Finally, (10) God turns them over to a reprobate mind – if they don’t repent and renounce their sins before it is too late.

“He who, being often reproved, hardens his neck (will not repent), shall suddenly be destroyed and that without remedy” Proverbs 29:1.

“Know you not that the unrighteous shall not inherit the Kingdom of God? Be not deceived, neither fornicators, nor idolaters, nor adulterers, nor effeminate (men transforming themselves into women), nor abusers of themselves with mankind (men intimate with men [also see Leviticus 18:22])” 1 Corinthians 6:9.

We are living in the last generation, the “days of Lot,” as described by Jesus in Luke 17:28-30. We have not seen a generation like this, since the days of Lot, when the cities of Sodom and Gomorrah were destroyed for the sins described by the very name given to the City of Sodom. A minority of “Sodomites” living in our generation have become so evil, so reprobate, that they have successfully redefined marriage and family structure for everyone else in America and some other nations.

This is the harbinger Jesus spoke of, when he said, “As it was in the days of Lot…even thus shall it be in the day when the Son of man is revealed (Jesus returns)” Luke 17:28-30. 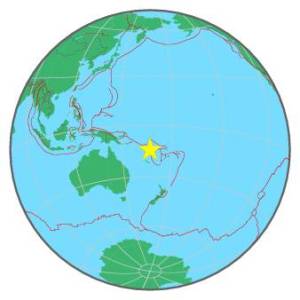 Major to great (6.0+) magnitude earthquakes have increased to more than one quake every two days during the last 38 months on average. This is unprecedented and a fulfillment of last days Bible prophecy. 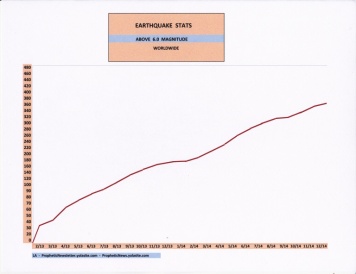 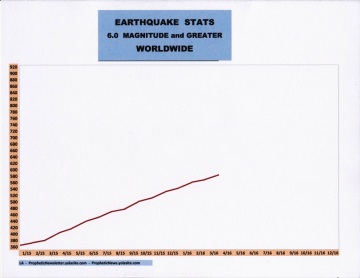