SEQUEL TO ‘TWO FLEW OVER THE CUCKOO’S NEST’

I didn’t have any pressing news to report this evening, so I couldn’t resist writing a sequel to Two Flew Over the Cuckoo’s Nest. You know, the public display by Nancy Pelosi and Maxine Waters a couple of weeks ago.

I saw this headline on the Drudge tonight and I just had to check it out, “Pelosi breakdown? Repeats words, tells audience to clap, Kasich ‘gov of Illinois’ (he is the governor of Ohio).”

I thought, uh oh, not again, so I watched the video adjoining the article on TheAmericanMirror.com, and it was as bad as the last one, when Pelosi referred to not being able to work with “President Bush” (trying to make reference actually to President Donald Trump, but missing the mark by only about eight years).

Maxine Waters, on the last video, did no better, referring to Putin’s invasion of “Korea (she was trying to grasp Crimea, but somehow it fled her)!”

I was struggling, trying to actually feel sorry for Liberal…Communist Pelosi, but fell all to pieces, laughing uncontrollably at what people had to say on TheAmericanMirror.com, and I had to share some of this… 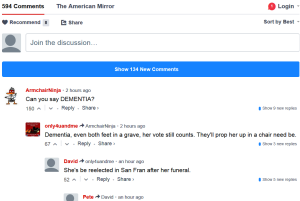 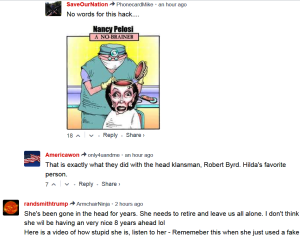 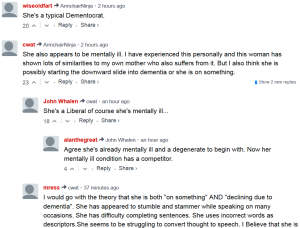 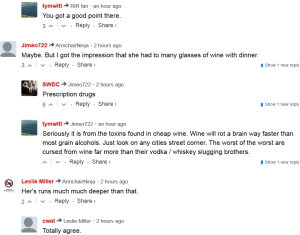 The Word of God tells us concerning the saints:

“God has not given us the spirit of fear, but of power and of love and of a sound mind” 2 Timothy 1:7.

The wicked are granted just the opposite.

Some might forget about all of the Liberal-Socialist plundering and pro-abortion unborn baby-killing sentiments coming from this woman and consider that possibly we should not be laughing.

I will remind you, however,

“He that sits in the heavens shall laugh; the Lord shall have them in derision” Psalms 2:4.

Well, maybe it’s okay for God to laugh, but we aren’t given such liberties. Really?

“Who has known the mind of the Lord, that he may instruct Him? But we have the mind of Christ” 1 Corinthians 2:16.

Perhaps we could show a little respect…and reduce our laughter to 15 minutes.

I occasionally report out of the ordinary activity on this site (which does not affect the stats reported for 6+ quakes). Near the coast of Western Turkey, 2-3+ magnitude earthquakes have occurred consistently over the last 15 days.

Major to super magnitude earthquakes have increased to more than one every two days on average during the last 48 months. The continuously high number of major to super earthquakes during this time period is unprecedented and a fulfillment of last days Bible prophecy. 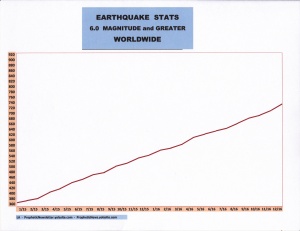