I have finally turned the Comments off on the wordpress websites, because people have complained that the RSS feed isn’t working, and I haven’t received legitimate comments since late last year, except SPAM and hacks, which I have to delete en mass (sorry if yours was included). My wordpress sites have obviously been hijacked, but that comes with the territory, folks!

I do apologize for this lack of communication, but it also happens on my other sites not related to wordpress. This is what the Luciferians do against those who expose them.

“Blessed are you when men shall hate you and when they separate you from their company and shall reproach you and cast out your name as evil for the Son of man’s (Jesus’s) sake” Luke 6:22.

Our communication with God is what really matters and isn’t it great that they can’t touch it!

REINCE PRIEBUS IS OUT!

I am always delighted to report when God answers our prayers.

Those of you who frequent this site already know I am no fan of Reince Priebus, a Republican globalist, not much better than the LLL Democrats.

Needless to say, I prayed that God would remove Priebus.

He is gone, and to God be all of the glory!

The White House has been in chaos for months and Priebus hasn’t effectively stopped leaks or schisms, and some believe he has been the source of leaks; so he is out, and President Trump replaced him with General John Kelly. 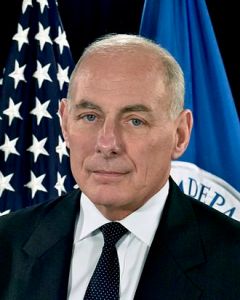 Trump selected General Kelly for the US Secretary of Homeland Security in January, but apparently he needs him more in the White House.

As a Major in the Marines, Kelly taught Offensive Tactics for three years; after which, he attended Advanced Warfare and was selected as Lieutenant Colonel, after which he attended National War College and was promoted to Colonel. He served in Belgium and Baghdad.

Kelly was selected for Major General and confirmed in January 2007. He again served in Iraq and after one year, he served as Commander of US Southern Command from 2012 – 2016.

It seems Kelly is very capable of running things in the White House.

In the meantime, Washington is all up in arms because Trump regrets selecting Jeff Sessions as Attorney General. Trump’s stated reason is because Sessions recused himself to avoid testifying about the Russian affair.

Yes, Sessions appears to be a very nice man and a conservative. Quite frankly, however, President Trump needs a “BULLDOZER” and “DYNOMITE” in the Attorney General’s Office to blast out the DC pedophiles/reprobates and Barack Obama and Hillary Clinton for their crimes, and until he finds one, I’ll be praying.

This is a promise to God’s people and He does not break His promises. There is a prerequisite though; did you notice?

“Learn to do well: seek judgment, relieve the oppressed, judge the fatherless, plead for the widow” Isaiah 1:17.

“Thus says the Lord: Execute judgment and righteousness, and deliver the spoiled out of the hand of the oppressor, and do no wrong, do not violence to the stranger, the fatherless, or the widow, neither shed innocent blood in this place” Jeremiah 22:3.

Until we see just judgment in America, we all need to keep praying for President Trump and his administration, that the evil be purged from this nation and the oppressed and tortured (ie: kidnapped children for satanic abuse and pedophiles) obtain justice and deliverance.