If California Counties are placing children in the homes of 1,000 pedophiles, imagine those numbers across the United States!

A cross reference to the addresses of registered sex offenders by the foster care system is absolutely as elementary and basic as you can get with regard to background checks and simply doing a thorough investigation before placing innocent children, many who are abuse victims already, into the hands of perverted registered sex offenders!

Unless the counties have hired utter imbeciles  to run the foster care system in California (let’s not discount that possibility in this generation), one has to conclude that children are deliberately being placed with perverted reprobates.

Georgia Senator Nancy Schaefer tried to expose Child “Protective” Services (CPS), but she and her husband were later found killed in their bed. The coroner ruled their deaths a double suicide, but that was a blatant lie. These CPS crimes appear to be widespread throughout the nation. 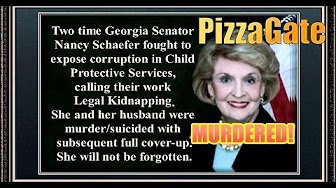 When a person reaches the point where they want to sexually abuse little children, they have reached a point of no return with the Lord God. Even agnostics trained in the area of this type of behavior say that once a person becomes a pedophile, they find no cure for those individuals. They remain abusers, molesters, and torturers of small children for the rest of their lives. This finding is indicative that the people committing such crimes have no conscience whatsoever about doing such things, which is a clear sign of a reprobate mind.

The Word of God tells us that sexual deviance leads to a reprobate mind:

“Although the knew God, they neither glorified Him as God, nor gave thanks to Him, but their thinking became futile and their foolish hearts were darkened. Although they claimed to be wise, they became fools and exchanged the glory of the immortal God for images made to look like a mortal human being, birds, animals and reptiles. Therefore, God gave them over, in the sinful desires of their hearts, to sexual impurity for the degrading of their bodies with one another. They exchanged the truth about God for a lie and worshiped and served the created things, rather than the Creator, who is forever praised. Amen. Because of this, God gave them over to shameful lusts, even their women exchanged natural sexual relations for unnatural ones. In the same way, the men also abandoned the natural relations with women and were inflamed with lust for one another. Men committed shameful acts with other men and received in themselves the due penalty for their error. Furthermore, just as they did not think it worthwhile to retain the knowledge of God, so God gave them over to a depraved mind (reprobate mind – KJV), so that they do what not ought to be done. They have become filled with every kind of wickedness, evil, greed and depravity. They are full of envy, murder strife, deceit and malice. They are gossips, slanderers, God-haters, insolent, arrogant, boastful; they invent ways of doing evil; they disobey their parents; they have no understanding, no fidelity, no love, no mercy. Although they know God’s righteous decree, that those who do such things deserve death, they not only continue to do these very things, but also approve of those who practice them” Romans 1:21-32 (NIV).

Bear in mind that the Catholic abomination is saturated with pedophile priests, as you read the following:

During the persecutions of Protestants by the Roman Catholics in the valleys of Piedmont, during the Seventeenth Century, seven persons, Daniel Seleagio and his wife, Giovanni Durant, Lodwich Durant, Bartholomew Durant, Daniel Revel and Paul Reynaud, had their mouths stuffed with gunpowder, and being set fire, their heads were blown to pieces because they disagreed with the Catholic religion.