Al-Ansar Media published a photo of a burning California structure and stated,

“O america (sic), This is punishment of bombing Muslims in Syria. This is Allah’s punishment for you. And in shaa Allah, you will see more fires. Praise be to Allah.”

This is my response:

“O Islamic State, This is punishment for you, if you don’t repent, because you worship the moon god, Lucifer, who is satan, the devil, and you kill people for no reason:”

The Mouth of Hell (as seen in a vision)

The Camp Fire in Butte County, north of Sacramento, claimed 63 lives so far and hundreds are still missing.

Two others were killed in Malibu in the Southern California Woolsey Fire, which brings the death toll to 65, and over 600 people are on a missing persons list since the fires started last week.

More than 9,600 firefighters are battling California wildfires. After a week, the Camp Fire is only 40 percent contained.

Both fires, the Camp Fire in Butte County and the Woolsey Fire in Los Angeles County, have burned over 230,000 acres in California over the last week and at least 9,253 structures have been destroyed.

Both fires started on November 8, 2018. Was that a coincidence? Does ISIS claim responsibility for every fire in America? It is highly likely that they are stating a fact.

As Muslim terrorists are invited into the nation by Liberal Luciferian Lunatic Democrats, and as the LLLs rant and rave for OPEN BORDERS – “Let all the drug lords, killers and Muslim terrorists in – we don’t care – we want OPEN BORDERS!” they can only blame themselves for 65 deaths, 230,000 scorched acres and at least 9,253 burned structures, including some of their own homes and businesses!

See what happens when you serve satan and vote for his cohorts? This is what you get!

Lucifer destroys those who serve him; he is a black widow.

The Word of God tells us what happened to Israel when they sinned, and California, USA, is no different:

“The Lord will bring a nation against you from far away, from the ends of the earth, like an eagle swooping down (Sounds like 9-11, doesn’t it? Planes instead of an eagle.), a nation whose language you will not understand, a fierce-looking nation (Have you ever seen rioting Muslims?), without respect for the old, or pity for the young (perfect Islamic State description). They will devour the young of your livestock and the crops of your land, until you are destroyed (as in fires?). They will leave you no grain, new wine, or olive oil, nor any calves of your herds, or lambs of your flocks, until you are ruined. (Well, they haven’t started in the Midwest yet!) They will lay siege to all the cities throughout your land, until the high fortified walls in which you trust fall down. (The Trump wall will not stop them in the end, because God will give them the land He has given to us, if America doesn’t repent!) They will besiege all the cities throughout the land the Lord your God is giving you…” Deuteronomy 28:49-52 (NIV)

“Therefore, this is what the Sovereign Lord says: My anger and My wrath will be poured out on this place, on man and beast, on the trees of the field and on the crops of your land – and it will burn and not be quenched” Jeremiah 7:20 (NIV)

Believe it or not, there is good news:

“If My people, which are called by My name, shall humble themselves and pray and seek My face and turn from their wicked ways, then I will hear from heaven and will forgive their sin and will heal their land” 2 Chronicles 7:14

That promise is still good for all those who will repent and seek the Lord today.

Salvation is offered to everyone, even Muslim terrorists, who repent of sin and receive Jesus as their Lord and Savior; unless a person crosses a line with God, to the point of becoming reprobate (Romans 1:21-32; Hebrews 6:4-6). Now is the time of salvation for everyone; tomorrow, or even the next hour, could be too late. 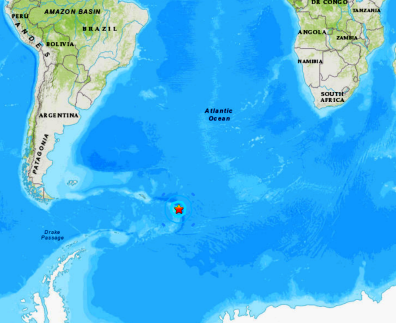 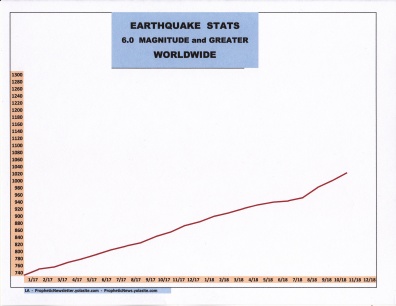 “Nation will rise against nation, kingdom against kingdom, and there will be famines, pestilences and earthquakes in diverse places“ Matthew 24:7.

“There shall be signs in the sun, in the moon and the stars (we have seen this with the blood moon tetrad in 2014-15 on Israel’s feast days, with a solar eclipse; the Star of Bethlehem and the Virgo and Leo lineup of stars over Jerusalem on September 23, 2017) and upon the earth distress of nations with perplexity (nations are threatening war right now); the sea and the waves roaring (tsunamis)” Luke 21:25.

“Blessed are those servants whom the Master, when He comes, will find watching“ Luke 12:37.

All written publications on this site may be copied and shared for evangelistic and educational purposes.