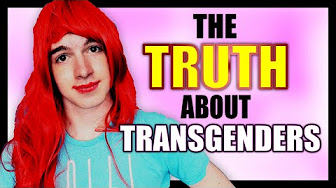 Some parents are outraged over the fact that their girls can go off to school, have abortion “while at school,” funded by the government, and the parents are never aware of it. This is true; it can happen and it does happen!

Outraged parents are finding out that when they sign a medical consent form at their child’s school, for what the parent believes grants permission for emergency medical treatment, just in case, is actually what can very well be termed as a document giving away your parental rights to the government. That’s absolutely true; that’s the bottom line.

The latest news is that the State of Oregon, as of January, provides sex change operations for 15-year-olds WITHOUT PARENTAL CONSENT! That’s right.

Many schools throughout the nation have GLSEN (Gay, Lesbian and Straight Education Network) clinics, which promote the lesbian, gay, bisexual and transgender lifestyles. These clinics present homosexuality and transgenderism much like a fad, and kids, with impressionable minds, find it very interesting. Now they are offering, free of charge mind you, sex change operations without parental consent!

Give the reprobates an inch, and they will, as sure as there is a hell, take ten miles!

Send your boy off to public school one day and he might just come back home a GIRL!

Do you really want to risk that, with the spiritual implications and mental problems that go along with it? Teen suicides are at an all time high, by the way. It is the third leading cause of death among youth. Do you wonder why? I grew up in the 60s-70s. Guess how many teenagers I knew that committed suicide, or wanted to commit suicide? NONE! Our schools didn’t have any GLSEN clinics and they didn’t mandate x-rated sex “education,” offer free abortions and free sex changes!

Doesn’t it seem a bit strange to you that a 15-year-old can’t vote, can’t smoke, can’t quit school, can’t get married, can’t drink alcohol, but the government will help your 15-year-old change his or her gender and provide a sex change operation free of charge?

In case you aren’t aware of it, the Luciferian globalists, who have had a depopulation agenda going on for a long time, have been enticing your children to be homosexuals for many years. Why? The first reason is that they are servants of satan, if not consciously, they are by default (Romans 6:16). The second reason is that homosexuals and transgenders, more often than not, do not procreate. Bingo, population control! They are hard pressed to find a way to get rid of about 97 percent of us.

Why does satan want your children to be homosexuals and transgenders? Because God said these acts are an abomination, which relates to the more egregious sins:

“You shall not lie with mankind, as with womankind; it is abomination” Leviticus 18:22.

God also said that these sins will lead to a reprobate mind – no conscience!

“Because when they knew God, they did not glorify Him as God, neither were they thankful, but became vain in their imaginations and their foolish heart was darkened. Professing themselves to be wise, they became fools…Therefore God gave them up to uncleanness through the lusts of their own hearts, to dishonor their own bodies between themselves…for this cause, God gave them up unto vile affections, for even their women did change the natural use into that which is against nature; and likewise the men, leaving the natural use of the woman, burned in their lust one toward another; men with men working that which is unseemly and receiving in themselves that recompense of their error, which was justified; and even as they did not like to retain God in their knowledge, God gave them over to a reprobate mind, to do those things which are not convenient” Romans 1:21-22,24,26-28.

It is critical to place God first in this hour, to give God the “first fruits” of your life and the lives of your children (Deuteronomy 26:10). It is wise to stay as detached to government, public schools and governmental agencies as much as possible, because they have a satanic platform.

John the Revelator wrote about the diabolical practices preceding the final return of the Lord:

“Neither repented they of their murders (millions of unborn babies), nor their sorceries (pharmakia – original Greek = drugs), nor of their fornication (illicit sexual practices), nor their thefts (thefts of what? How about the bodies and minds of your CHILDREN?!)” Revelation 9:21.

If you have children in public schools, please visit the Home Education page – before it’s too late!

By the way, bear in mind that the Luciferians are already aware that their cohorts, Muslim terrorists – the antichrist kingdom – will kill all of the transgenders when they take power. Sharia doesn’t allow transgenderism. Bingo, population control!