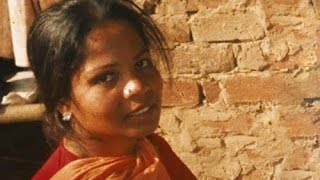 I received an email from the American Center for Law and Justice (ACLJ – aclj.org) today, informing me that the Supreme Court of Pakistan just overturned the blasphemy conviction and death sentence (by hanging) for Asia Bibi, a Christian mother of five, who was wrongly convicted of blasphemy and who has waited nine long years for justice!

This acquittal is nothing short of a miracle, in that others had been killed for defending Asia Bibi, and these Supreme Court Justices were under death threats also.

Thank you, Father in heaven, for your faithfulness in answering our prayers for justice and for the life of Asia Bibi!

Thank you, Supreme Court Justices of Pakistan, for doing the right thing, for your just decision. God bless you and protect you!

Muslims are now rioting in the streets of Pakistan; they are blocking traffic, setting tires on fire and threatening to kill Asia Bibi upon her release!

Even though I am excited beyond words for Asia Bibi, and I cease not to give Him thanks, once again, for answering our prayers, we can’t stop praying for her now, saints.

Our all-powerful God, Almighty God and Creator of all things, Who answered our prayers for an acquittal, and moved on the hearts of these judges to make this just decision, will arrange for Asia Bibi and her family’s safe exit; we only need to pray and believe Him.

Please continue to pray daily for Asia Bibi and her family’s safe exit out of Pakistan.

Christina Nuh: Taken by ISIS in Iraq, returned to parents!

I prayed daily for these, as did many other Christians, while they were incarcerated, held captive, and faced executions. We received miracles in behalf of all of these; 15 out of 15 RELEASED – ALL MIRACLES! What are the odds in that, without God’s divine intervention?

These are all the results of prayer, fasting and faith. God’s Holy Word never fails.

“Again, I say unto you that if two of you shall agree on earth regarding anything they shall ask, it will be done for them of My Father which is in heaven” Matthew 18:19

Did Jesus ever lie?

I will admit that some don’t receive the answers to their prayers.

First, these promises were made to the disciples (followers) of Jesus, not hypocrites. If you live like the devil, but still pray, or if you live in continuous, unrepentant sin, but still pray, don’t expect to receive answers to your prayers. God might answer you, but He has not promised to do so. *He will always answer the sinner’s prayer of repentance.

Second, faith must accompany the prayers:

“Let him ask in faith, nothing wavering, for he that wavers is like a wave of the sea, driven with the wind and tossed. Let not that man think he shall receive anything of the Lord” James 1:6-7