Biden picks Kamala Harris – they are both MURDERERS!

They promote and support legislation to KILL BABIES AFTER THEY ARE BORN!

Too bloody blatant, do you think? Stand beside an “abortion” clinic murderer sometime, while he/she is dissecting a live baby, and then tell me this is too bloody blatant! They don’t give these babies anesthetic or pain medication while they are slaughtering them either! When legislators support and approve laws that allow murderers to slaughter babies, they are equally as guilty as the MURDERERS themselves!

Colombian Socialist leader, ex-terrorist, says: ‘I would vote for Biden, without a doubt’

End BABY KILLING and the progression of Socialism-Communism in the US – Vote for President Donald Trump!

Record-breaking rains cause floods/landslides in Trinidad and Tobago 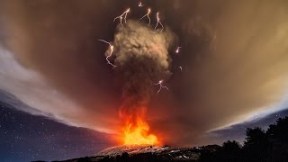 This is a fulfillment of Bible prophecy (Acts 2:19) 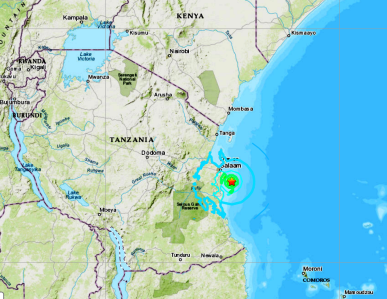 Since when does Tanzania have such earthquakes? It’s a shallow one at that. Since we are living in the last days and the Word tells us that there will be earthquakes in “diverse places” (Matthew 24:7).

“Nation will rise against nation, kingdom against kingdom, and there will be famines, pestilences and earthquakes in diverse places“ Matthew 24:7

“Great earthquakes shall be in diverse places and famines and pestilences, and fearful sights and great signs shall there be from heaven” Luke 21:11

“Blessed are those servants whom the Master, when He comes, will find watching“ Luke 12:37

All written publications on this site may be copied and shared for evangelistic and educational purposes.

The Insurance Council of Texas estimated about 20,000 structures and 25,000 vehicles were damaged, totaling approximately $425 million in damages.

Over the last few years, giant hailstorms have pummeled cities throughout the globe unlike anyone has ever seen, but these storms were foretold:

“Therefore, the Lord God says, I will rend it with a stormy wind in My fury, and there shall be an overflowing shower in My anger, and great hailstones in My fury to consume it” Ezekiel 13:13.

When a nation forgets God, these things happen. The Almighty won’t tolerate the sins of this world.

“I will plead against him with pestilence and blood; I will rain upon him and his bands, and upon many people that are with him, an overflowing rain and great hailstones, fire and brimstone” Ezekiel 38:22.

A flight over the area confirmed Tuesday that lava completely filled Kapoho Bay.

Especially in this prophetic hour, people should move away from volcanoes and coastlines.

The Word of God also tells us concerning the last days,

“There shall be signs in the sun, in the moon and in the stars, and upon the earth distress of nations with perplexity; the sea and waves roaring” Luke 21:25.

This alludes to planetary movement, solar and lunar eclipses (especially on Israel’s feast days), stars falling (not necessarily crashing down, but may also descend slowly and recede into the horizon), solar flares, tropical storms, hurricanes and tsunamis.

During the persecutions of Protestants by the Roman Catholics in Germany, Protestants were hung up by the ribs with hooks, they were forced to drink until they burst, they were baked in hot ovens, they were hung, stabbed, roasted, fried, placed on racks, raped, torn apart with wild horses, drowned, strangled, burned, broiled, crucified, poisoned, their tongues were cut off, their limbs were sawed off, hacked to pieces and drug by the heels through the streets – all in the name of God (the god of Catholics, who is Lucifer)!