As I prayed and surfed to find what God would have me read and report today, I came across a headline about the turnout for Compton, as it overshadowed U.N.C.L.E.

I was compelled to view the trailer for Compton on YouTube, which I will generally not do because, as I suspected, there was cursing, violence and nudity. During the three-minute trailer, I garnered what the elite globalist movie industry is feeding the youth today for the purpose of this report.

This movie could be the industry’s and Obama’s last ditch effort to incite a race war in America, so “the destroyer” can stay in office.

I attended an all black church two years ago, until I had to spend more time working. Some of my closest friends are black, and I have actually attended a black church in the City of Compton, yes, the real City of Compton, and I sang (solo) in that church. They loved me and I surely loved them. I currently play the piano for our black soloist at church. I am not black, but I am “color blind,” folks. God’s children are God’s children, no matter the epidermis tint!

The movie is right on target, playing during Obama’s finale. The globalists (Socialist-Marxist-Liberal-Progressives – all the same) try different moves. If one plan doesn’t work, they go on to the next… Compton could be a serious attempt to incite violence, criminal activity and out of control rioting, to the point that Obama has to declare martial law and there will be no upcoming presidential election.

False flag “Occupy Wall Street” didn’t set off rioting; false flag shootings, killings and police brutality against blacks didn’t start a civil war in America, so propagandized media hype could be a possibility for them. By the grace of our Almighty God, it won’t work!

Everyone needs to consider that when people start rioting, guess who ultimately gets pepper sprayed, arrested and sent to prison? Not the elite Progressives; it’s a no win situation for violent protesters and their families. Unless US citizens collectively fight tyranny on an intellectual basis – with strong resistance – but intellectually, we will lose the battle.

Personally, I am for Ben Carson. The man has integrity.

The Word of God tells us concerning the latter days,

“The vile person shall no more be called liberal (they are now called Progressives), nor the churl said to be bountiful; for the vile person will speak villainy and his heart will work iniquity, to practice hypocrisy, and to utter error against the Lord, to make empty the soul of the hungry and he will cause the drink of the thirsty to fail. The instruments of the churl are evil; he devises wicked devices to destroy the poor with lying words, even when the needy speak right” Isaiah 32:5-7. 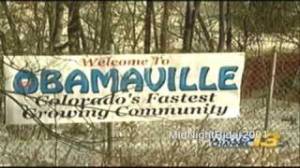