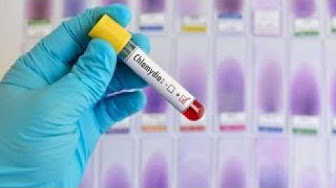 According to a new report from the Centers for Disease Control and Prevention, chlamydia, gonorrhea and syphilis infections are increasing, and there are an estimated 110 million people being treated for sexually transmitted diseases (STDs) in the United States.

The rate of syphilis is the highest it has ever been since 1993 and it has increased among both men and women from 2015 to 2016. Men account for almost 90 percent of cases, and most are among homosexual men.

There is a reason why the Word of God tells men,

“You shall not lie with mankind, as with womankind, it is abomination” Leviticus 18:22.

“So, she caught him and kissed him and with an impudent face said to him…Come, let us take our fill of love until the morning, let us solace ourselves with loves…He goes after her straightway, as an ox goes to the slaughter, or as a fool to the correction of the stocks, till a dart strike through his liver, as a bird hastens to the snare and knows not that it is for his life” Proverbs 7:13, 18, 22-23 (emphasis added)

Please be reminded of the remedy God instituted: abstinence until married!

There is much wisdom to be found in the Word of God. The works of evil are always the ways of death. The Word of God gives life, more abundant life.

Madison Gesiotto wrote a column in The Washington Times about the high abortion rate in the black community, “The Number One Killer of Black Americans.”

The article was excellent in bringing out the statistics, which reveal more unborn black babies are slaughtered every year than any other cause of death among blacks. Every black person should read the article and think twice about having an abortion, not only because it is abhorring, but because it is literally genocidal for the blacks!

Some found Gesiotto’s article very offensive and one of her colleagues threatened her. He wrote,

“The government cannot take action against you for your offensive and racist article. But your colleagues can.”

The article is actually just the opposite of “racist.” The article informs blacks that they are being tricked into genocide. It is vital information for blacks, if they will read it and do something about it.

Ms. Gesiotto went to the dean’s office at Ohio State University Moritz College of Law to report the threat; instead she was harangued for about an hour by deans at the law school about how her article was flawed and it wasn’t a good legal piece, to the point Ms. Gesiotto was in tears. The deans brushed off her complaint of threat, but rather criticized the article she wrote.

Ms. Gesiotto wrote that according to figures given by the Centers for Disease Control and Prevention, black women received 36 percent of abortions in 2011, but they only make up under 15 percent of the population. She simply quoted government statistics on abortions and compared the figures to the black population.

The elite do not want these numbers published. They actually become extremely aggressive and abusive to those who publish the data, as in Ms. Gesiotto’s case.

These same Liberal-Progressive-Socialists will hijack the careers of those like Gesiotto and those who even speak the word “creation,” in contradiction to evolution.

The godless Illuminati are on a roll and they will literally “roll over” anyone who gets in their way.

Their effect has come full circle in America, as demonstrated by AC/DCs , “Highway to Hell” performance at the 2015 Grammys. It was reported that many in the audience wore illuminated red devil horns, as AC/DC gave an eerie performance singing “Highway to Hell.” Katy Perry was seen in the front row flashing “el diablo” (sign of satan), and Madonna performed with male dancers with baphomet horns on their heads. This was all nothing short of devil worship.

“Woe unto them that decree unrighteous decrees, that write grievousness which they have prescribed, to turn aside the needy from judgment and to take away the right from the poor of My people, that widows may be their prey and that they may rob the fatherless! And what will you do in the day of visitation (God’s judgment) and in the desolation which shall come from far? To whom will you flee for help? Where will you leave your glory?” Isaiah 10:1-3.

God is speaking to the rich, the elite, devil worshipers and those who oppress the poor and encourage them to have their unborn children slaughtered in the womb. There is a day of judgment coming, and it is coming soon!