The disease is caused by sand fly bites, which results in disfiguring open sores and lesions.

These Muslim nations are in the same area of the ancient Kingdom of Babylon, against which nation it has already been prophesied,

“Because of the wrath of the Lord, it shall not be inhabited, but it shall be wholly desolate; every one that goes by Babylon shall be astonished and hiss at her plagues” Jeremiah 50:13.

“I heard a voice from heaven, saying, Come out of her, My people, that you be not partakers of her sins and receive not of her plagues” Revelation 18:4.

This prophecy was given about the destruction of the Catholic harlot church, Mystery Babylon (not the same as ancient Babylon), described in Revelation 18, which will occur during the great tribulation.

The point here is that whoever rises up against God’s commandments, His laws and His people, will suffer plagues and the Word of God relays that message very clearly, over and over again.

Neither will the Inquisitors be left out of God’s retribution (Revelation 18).

Muslim nations throughout the Middle East are suffering famine, war and diseases because they perpetrate evil among themselves and they afflict God’s people. Beheadings, stonings, amputations, female genital mutilations and many other horrific killings and maiming are commonplace in these nations. Should anyone be surprised that they are afflicted with such a plague as this? 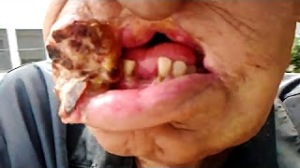