THANK GOD FOR HIS PROTECTION!

I am still fighting cyberwars daily as I publish Christian websites, friends; but I want to take out a few moments here to give God thanks and praise for His continued hand of protection over the websites and over the equipment/systems I use.

Over the last seven years (this month is the seven-year anniversary of the first site), I have fought consistently to keep these websites going – IN THE NAME OF THE LORD – and He has preserved this work.

I continue to fight daily, having to take certain precautions/counteractions in order to continue working, and God is worthy of all the glory and praise because I live and I keep working.

I lift up His Most Holy Name and I Adore Him!

My mail has been stolen; my packages have been delayed, damaged and stolen; my email accounts have been hacked; an RFID has been shot into my back (I was able to extract it); hackers send spam consistently, about daily; my water has been polluted; my driver’s license has been withheld – verified payment unacknowledged by DMV; I have had to pay to receive my driver’s license twice; my refund for a double payment to DMV was refused for a year (until my District’s Representative contacted DMV on my behalf); my tax documents were stolen (even though they were sent certified mail); access to my bank account has been shut down; my systems have been crashed four times; my telephone has been hacked; jihadi Joe’s photo was uploaded to a file in my phone; a photo of blood splatter was uploaded to a file in my phone; a dove was decapitated and laid out in my imminent path; servers have cut off my internet access, and there are probably other things that have been done over the last seven years that I have forgotten (when I make a list, I always seem to forget some things).

Paul wrote to his son in Christ, Timothy, “Yes, and all that will live godly in Christ Jesus shall suffer persecution” 2 Timothy 3:12.

Nevertheless, as Paul said, “Not that I speak in respect of want, for I have learned, in whatsoever state I am, therewith to be content. I know both how to be abased, and I know how to abound; everywhere and in all things I am instructed both to be full and to be hungry, both to abound and to suffer need” Philippians 4:11-12.

Glory to His Most Holy Name!

By the grace of God, there will be further publications ABOUT PIZZAGATE!

Be sure to check under the Abominations category for periodic updates and God bless you. 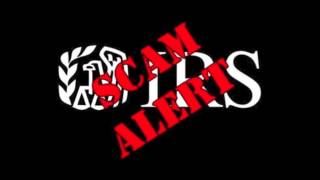 IRS impostor scam artists have been swindling unwitting Americans at least for about the last year, as far as I can determine.

I received a call from a scammer about a week ago, and the caller left a voice mail message on my phone as follows:

“The reason for this call is to inform you that IRS is filing a law suit against you. To get more information about this case file, please call immediately on our department number 202-766-6453. Thank you.”

Having worked in the Orange County District Attorney’s Office for the better part of my 18 ½-year tenure with the county, I know that government agencies do not handle legal matters in such a manner. They would send out a formal notice requesting contact and resolution, or serve the Respondent/Defendant with a formal Summons and Complaint.

I knew right away that someone was trying to swindle me, but the average person might not be aware.

Beware that there are scammers who pose as government officials. There are methods to deter scammers and wear them out, but this administration would rather spend their time and revenue “wearing out the saints.”

“He shall speak great words against the Most High and shall wear out the saints of the Most High, and think to change times and laws (as in excessive Executive Orders); and they shall be given into his hand until a time and times and the dividing of time (three and a-half years)” Daniel 7:25.

It is no surprise that many in top leadership positions mimic the same absurd phrases, such as, “Don’t let a good crisis go to waste.”

Since when is a crisis good? If you are a Luciferian Progressive-liberal, such as Saul Alinsky, or any one of his popular fans, like Barack Hussein Obama, Rham Emanuel, Henry Kissinger, Hillary Clinton, Bernie Sanders…, a national crisis is a very good thing – at your and my expense!

Many of the scammers call from India, but I wasn’t surprised that this particular scammer called me from the immediate area of the US Capitol, District of Columbia, from a cell phone number 202-766-6453, according to the online reverse directory I checked:

The Progressive-Liberal-Marxist-Socialist-Communists in this country would love nothing better than to scam us all into oblivion.

This scam coming from the Washington, DC, area can simply be added to the list of continued targeting and harassment I receive from: the USPS, DMV, DARPA’s flying RFID chip (trying to penetrate my back – literally), email hacks, internet server hacks, cyberwars, computer crashes, chemtrails (extremely low-flying), black ops helicopters, megadrones (flying over my house)…

This is no joke, folks; it is very real – in the same manner that the Islamic antichrist kingdom is being unleashed into the great nations under the guise of “refugees.”

God’s people may be distressed some in these latter days, but the Lord has promised we will prevail. The Prophet Daniel also foretold,

“And such as do wickedly against the covenant (of God) shall he (antichrist) corrupt by flatteries; but the people that do know their God shall be strong and do exploits” Daniel 11:32.

Are you under God’s hand of protection in these perilous times? If not, you can be.