ANOTHER ADDED TO THE ‘CLINTON BODY COUNT’

Seth Rich, staff member of the Democratic National Party, was shot dead near his home in Washington, DC, on July 10, 2016, and his murder has been under investigation since last month.

World Net Daily (WND) reported, “Wikileaks founder Julian Assange appeared to suggest in a television interview that Rich, 27, was the source of the Wikileaks-exposed DNC emails.”

I’ll go further than that, Assange did suggest, by the context of his words, that Seth Rich was the source of the Wikileaks emails. Now, Rich is dead, shot and killed on the street in Washington, DC.

Who would know better than Assange the source of the exposed emails?

If a murder like this had occurred in “average town, USA,” with an average person’s emails exposed by a particular person, who soon afterwards ended up dead, the person whose scathing and reproachful emails were exposed would certainly be investigated, wouldn’t you think?

Hillary Clinton will not be investigated, however, and this is just another murder, among many, surrounding the Clintons.

Of late, there are rumors that former President of the United Nations General Assembly John Ashe was set to testify against a Clinton Foundation donor involved in the bribery case against him. It is odd that Ashe died on June 22, 2016, “while lifting weights in his home.” His larynx was crushed and he died of asphyxiation just before he would testify. It is also strange that mainstream news initially reported Ashe died of a heart attack, then had to recant when the truth surfaced.

Here is just a small list of the recent Clinton body count, in addition to Seth Rich and John Ashe:

2) Shawn Lucas, was found dead in his home on August 2, 2016, after serving the DNC with a lawsuit alleging DNC chairwoman Debbie Wasserman Schultz “rigged the primary for Hillary Clinton.” Lucas was a supporter of Bernie Sanders.

4) Mark Weiner, long time friend of the Clintons, Democrat activist and fundraiser and investor in Energy Pioneer Solutions, involved in the Clinton Foundation slush fund, died suddenly in his home as he prepared to leave for the Democratic National Convention.

During Hillary’s campaign, three people tied to the DNC have died mysteriously within the last month, among others.

How many people have died that are tied to the Trump family? None, zilch, kein, nada!

These reports should be of no surprise, murder is what Socialists do quite casually. In fact, most Socialist-Marxist-Leninist-Communist tyrants have killed many more people than the Clintons have most likely killed since Bill Clinton was Governor of Arkansas.

Of course, the Clintons haven’t had as much of an opportunity to turn America into a full-fledged Socialist country, as they now have post Obama’s decimation. The deaths surrounding the Clintons may actually be desirable effects the Bilderbergers want to see in the next presidency. These deaths fit right in with details found in the NASA war document.

Below are examples of what we might expect if Hillary takes office: 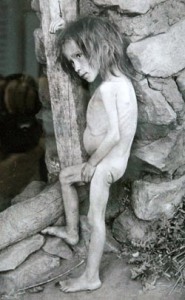 This is the outcome of Socialism. By the way, Hillary Clinton is a Progressive-Socialist.

This is what happens under all Socialist-Marxist-Leninist-Communist regimes.

Does this appear outrageous?

Have no doubt, that a year before the Russians were starving to death, they would have thought it outrageous as well!

Have no doubt, that a year before six million Jews, and five million others, who began starving to death and facing concentration camp ovens under Hitler’s tyranny would have thought it outrageous too!

Have no doubt, that a year before tens of millions of people began starving to death under Lenin, Stalin and Mao Zedong, they would have thought it outrageous!

There is little forewarning, except subtle signs and innuendos, like what began in America in 2008!!

Right now, unbeknownst to Venezuelans a year ago, many starving people are looting, killing zoo animals and the like, trying to get something to eat, and things could get worse quickly – a lot worse! You got it, Venezuela is a Socialist country and they are now starving!

Jesus said these things would transpire before His return,