President Donald J Trump’s Inauguration will be the most memorable in recent history. As he officially took office on day one, Friday, President Trump immediately signed Executive Orders to pull a tight reign on immigration, repeal Obama(don’t)care and build “The Wall” at the US-Mexico border.

The icing on the cake was that President Trump also announced the Senate’s confirmation of General James “Mad Dog” Mattis to head the Pentagon and General John Kelly to lead the Department of Homeland Security. They both have the “old school” ideology to protect this nation real “fast and furious,” if warranted. *I didn’t appreciate Mattis referring to Tel Aviv as Israel’s capital during his confirmation hearing. His statement was ludicrous, not with Trump’s loyalty to Israel and only serves to appease terrorists in the region. Otherwise, Mattis is a “mad dog” when it comes to protecting the US and we should all welcome that trait in the Pentagon.

The highlight of our 45th President’s Inauguration was his speech, every aspect of it, from giving honor to our God several times, to his commitment to give the American people “a voice,” saying, “I will fight for you with every breath in my body and I will never, ever let you down.”

By virtue of his speech, albeit unintentionally, every word seemed a swift kick in the hind end of Barack Obama on his way out the door!

Furthermore, this Inauguration Day will be in remembrance for the most prayers invoked and the Lord’s Holy Name lifted up more times during any president’s speech in many decades, if not ever!

All glory to His Most Holy Name!

May God’s Almighty hand shove them off of US soil, back to the Middle East and to the shores of China, where the unborn baby murderers of the world congregate!

“If My people, which are called by My name, shall humble themselves and pray and seek My face and turn from their wicked ways, then I will hear from heaven and I will forgive their sin and will heal their land” 2 Chronicles 7:14.

Many people in America did just that, and God is keeping His promise! 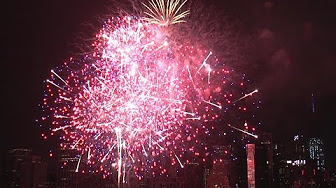 God places kings and presidents over nations, according to His Word,

“He (God) changes the times and the seasons; He removes kings and sets up kings; He gives wisdom unto the wise and knowledge to those who have understanding” Daniel 2:21.

Christians all over the nation have supported Donald Trump for President of the United States, as have the masses; we have prayed and asked the ungodly to repent and pray. I have called on readers to agree with me in prayer that if God finds at least 10 righteous in most US cities, He will place Donald Trump in office. This is the request Abraham made to God about the City of Sodom. The Lord agreed to spare Sodom, where Abraham’s nephew, Lot, lived, if He found 10 righteous in the city. In that instance, God couldn’t even find 10 righteous people in the City of Sodom, therefore, the city was destroyed (Genesis 18-19).

I believe, God has answered our prayers, saints!

There is also another major issue in play regarding Trump’s election and God’s hand in it. Donald Trump has promised to defend the nation of Israel!

Trump’s pledge to defend God’s chosen people, and the prayers of God’s people, have brought about what can only be considered a miracle at this point in the nation’s history, especially in light of the fact that the Bilderbergers had chosen Hillary to fill the next presidency.

“I (God) will bless those who bless you , and curse him that curses you, and in you shall all the families of the earth be blessed” Genesis 12:3.

None of the major news networks have committed to announcing Trump’s victory; but Donald Trump has 311 electoral votes and Hillary appears to have no chance at all. Hillary refuses to concede, the networks aren’t saying anything, except that everyone should probably go home, and the last few states are holding onto their totals, New Hampshire and Michigan – Muslimland – and they refuse to reveal their totals.

Something seems to be cooking and the Bilderbergers may be looking to steal the election for Hillary, but God has the last say (Daniel 2:21).

“…The effectual fervent prayers of a righteous man avails much” James 5:16.

Breaking News: As I am closing this report, the Associated Press has officially announced Donald Trump is the 45th President of the United States of America!

All glory to GOD!