Have you heard? The Democrats, and a rising number of Republicans, are for impeaching President Donald Trump!

Perhaps taking out Jeffrey Epstein was just a bit too much for the Liberal Luciferian Lunatics (LLLs); or maybe it was the $60 million that Trump cut from the Planned Parenthood baby killers that was the “final straw!”

Since James Alefantis is still walking, it’s likely defunding the baby killers that launched their fury.

Nancy Pelosi says she is “heartbroken.”

That might be a considerable statement if Pelosi actually had a heart. Anyone who continuously kicks down bills to save aborted babies after they are born alive, and to ban the murder of full-term babies as they are being born, HAS NO HEART WHATSOEVER!

Pelosi can hardly talk and her wild-eyed stare is alarming. Do you suppose she’s suffered an overdose of young blood?

What “incentive” do you think the 30+ Republican Representatives received for retiring recently?

President Donald Trump, more than any other president we have seen in modern history:

This boils down to all out war against American patriots, conservatives and Christians, who have no desire for LLL policies, or their drug-infested dung/piss cities, their collaboration with drug lords and Muslim terrorists, or their shoving homosexual/transgender/QUEER lifestyles and their 100+ different maniacal genders in our faces, even going so far as to implement X-rated homosexual/transgender sex “education” into the classrooms of little children! (10-year-olds and younger http://rt.com/usa/206311-chicago-5thgraders-sex-ed-anal/)

What will it be next on your agenda to oppress, suppress and depress (OSD) New York City residents? Fines when your cows poop? Fines when you belch? How about sending CDs to all residents with instructions to “inhale – exhale,” and anyone who breaks sync will be fined a million bucks?

Bill de Blasio, and all of the LLL oppressors, suppressors and depressors like him, are tyrannical psychopaths! They need to be rounded up and shipped to China, where they belong! They don’t belong in a free society. They belong with all of the other Liberal-Progressive-Socialist-Marxist-Leninist-Communist LLL tyrannical OSDs!

Have I described them well enough?! 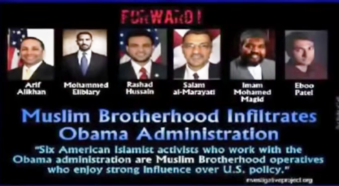 Barack Hussein Obama allowed CAIR Muslim terrorists, unindicted coconspirators of fraud (Holy Land Foundation case), into the White House; he bilked billions of US dollars to support/arm Muslim terrorists, renovate Muslim mosques, and place it into the pockets of illegal aliens, who intend to convert, or terrorize (take your pick) US citizens!

Do you think the LLLs would have converged to impeach this wimpy Muslim traitor? This Kenyan fraud? 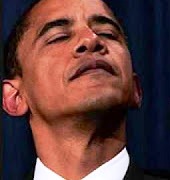 No! In fact, they thought they would use him to bring this nation to her knees, but it didn’t happen, by the grace of God!

Their next agenda is not only to continue bringing in as many illegal aliens as it takes to break the back of America, but…

THEY WANT YOUR GUNS; THEY ARE INTENT ON TAKING YOUR GUNS, AND THEY WON’T STOP THE TERRORISM, SUCH AS THEY INFLICTED ON THE CITIZENS OF LAS VEGAS, UNTIL THEY GET YOUR GUNS!

We saw rounds shredding people from not only the 32nd floor, but the ground floor of the Mandalay Bay Hotel, Las Vegas, Nevada. The murderous “false flag” event was on video, showing shots being fired from the ground floor of the hotel, which You Tube deleted, but not before we witnessed the murders of 58 citizens, and the serious injuries of hundreds of others.

They want an excuse that bad.

Once they bankrupt America and take the guns, they want to force everyone who wants to buy or sell anything, to take the “mark of the beast” (Revelation 13:16-18). Those who refuse, will be decapitated (Revelation 20:4). The only reason the “mark” (implantable medical device = RFID chip) wasn’t implemented with Obama(don’t)care, was because there was outrage/refusal for religious reasons at Congressional hearings and Town Hall meetings.

They won’t stop, folks, because not only are many of them Luciferians/satan worshipers, but some are literally demon possessed (not foaming at the mouth possessed, but rather the Adolf Hitler MO – deliberate and calculating).

Americans had better wake up and take their country back, or SHE WILL END UP LIKE NORTH KOREA, CHINA, VIETNAM and TERROR-DRIVEN MUSLIM NATIONS!

Okay, immigrants, you are here in America. Thank the Democrats; but when you vote, cast your ballot for President Donald Trump, unless you want to end up with the same kind of OSD tyrant, in the same kind of dilapidated country, you just fled from!

The Prophet Isaiah wrote thousands of years ago:

“The vile person shall no more be called liberal (that’s right, they call themselves Progressives now), nor the greedy (וּלְכִילַי – original Hebrew) said to be bountiful. The vile person will speak villainy and his heart will work iniquity, to practice hypocrisy and utter error against the Lord, to make empty the soul of the hungry and he will cause the drink of the thirsty to fail. The instruments also of the churl are evil; he devises wicked devices to destroy the poor with lying words, even when the needy speak right. But the liberal devise liberal things and by liberal things shall he stand” Isaiah 32:5-8 (ET – Elim אֵילִם Translation)

“These two things shall come to you (liberals, tyrants) suddenly in one day, the loss of children and widowhood; they shall come fully upon you for the multitude of your sorceries (drugs/medicine/vaccines) and for the power of your great spells (illusions)” Isaiah 47:9 (ET – Elim אֵילִם Translation)