In commemoration of the May Fourth Movement, a Chinese student protest against capitalism and imperialism in 1919, President Xi Jinping spoke to youth for an hour at the Great Hall of the People, exhorting them,

“In contemporary China, the essence of patriotism is to combine one’s love for the country with love for the party and socialism.”

)’ and have confidence in the realization of the Chinese dream of national rejuvenation.”

Xi’s hour-long speech focused on student protests in 1919, but he never mentioned once the approximately 78 MILLION PEOPLE KILLED BY SOCIALIST-MARXIST-COMMUNIST CHINA since the 1919 protest!

Neither did Xi speak to the youth about the more than 10,000 students and other protesters murdered during the Tianamen Square student protest in 1989 against tyranny, to establish basic human rights and freedom of the press.

That’s right, Chinese youth, love that Socialist-Marxist-Communist tyrannical Beliar, or you’ll be slaughtered like the other students in Tianamen Square in 1989!

Just love not being able to defend yourselves against tyranny…

And if someone even breaks into your home and starts stabbing your wife and children, just love having no guns to defend your family and yourself!

How blessed you are!

America, if you envy the blessings of the Chinese, just vote for Bernie Sanders during the next election; or better yet, groping, molesting, raping your daughters while they stand next to you, Joe Biden – and you’ll have all the Chinese Socialist-Marxist-Communist tyranny you can handle! 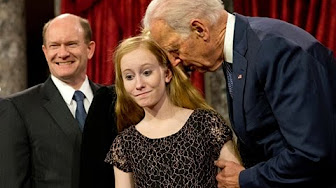 Bernie offers you free healthcare, even while he wants to take in as many immigrants as want to walk across the border, millions of immigrants, and the national debt goes beyond $22 TRILLION!

Just how far do you think that free healthcare is going to go with America’s $22 TRILLION DEBT?

He might be able to afford to give you a “medical kit” with a thermometer, a box of Band-Aids and a bottle of aspirins!

Half of American doctors already want out of the medical profession: https://www.newsmax.com/health/health-news/survey-doctors-health-insurance/2019/01/28/id/900178/

US Socialist-Marxist-Communist healthcare is already overburdened, bankrupt and all too anxious to actually get rid of you!

Take a look at the Liberal Luciferian Lunatics’ granite, 51’ high, 20-ton monument in Elberton, Georgia – and dream on! They only have about 98 percent of us to kill already!

“The vile person shall no more be called liberal (that’s right, they call themselves Progressives now), nor the greedy (וּלְכִילַי – original Hebrew) said to be bountiful. The vile person will speak villainy and his heart will work iniquity, to practice hypocrisy and utter error against the Lord, to make empty the soul of the hungry and he will cause the drink of the thirsty to fail. The instruments also of the churl are evil; he devises wicked devices to destroy the poor with lying words, even when the needy speak right. But the liberal devise liberal things and by liberal things shall he stand” Isaiah 32:5-8 (ET – Elim אֵילִם Translation) (emphasis added).

“Neither did they repent of their murders, nor of their sorceries (pharmakeia – original Greek = drugs/medicine/vaccines!), nor of their fornication (illicit sexual behavior, like pedophilia and homosexuality!), nor of their thefts” Revelation 9:21 (ET – Elim אֵילִם Translation)

The good news is that Christ will return to rule and reign with righteousness:

“To the Son (of God) He says, Your throne, oh God, is forever and ever; a scepter of righteousness is the scepter of Your Kingdom” Hebrews 1:8