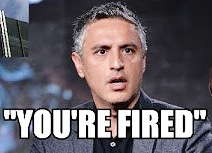 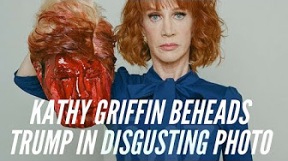 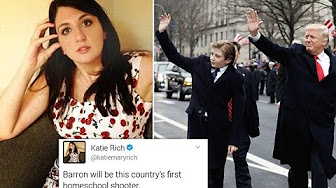 LIBERALS FIRED FOR THEIR HATRED OF TRUMP

Well, Aslan has been told that his slated show “Believer” will not return for a second season on CNN, reported The Washington Post.

I also recently wrote about CNN’s Kathy Griffin filming a mock beheading of trump, after which her contract was terminated by CNN.

You might also remember the story about SNL writer Katie Rich’s tweet, “Barron (Trump) will be this country’s first homeschool shooter;” and that she was thereafter booted out of NBC. 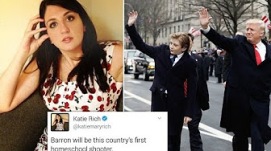 We see a pattern of gross Liberals loosing their jobs over their vehement hatred for God-fearing, and professed Christian, President Donald Trump; which leads me back to an article I wrote, as inspired of the Lord, when witches and many of these Liberal haters corroborated to cast a spell on President Trump to fail his position and leave the White House.

I wrote in response that the saints of God had already prayed and the spell won’t work.

“THE GOD OF ABRAHAM, ISAAC AND ISRAEL CAST YOU OUT OF YOUR OFFICES, OUT OF YOUR JOBS, YOU WITCHES, to demonstrate to you who the real GOD is, the GOD of all heaven and earth!” (https://nowprophecy.wordpress.com/2017/02/25/witches-align-to-cast-spell-on-trump/)

I also asked everyone to be on the lookout for jobless witches who would start loosing their jobs. I did call on them to repent instead, but apparently at least some didn’t.

Have we not seen this come to pass?

The Lord has promised those who dwell in the Secret Place of the Most High (Psalms 91):

“He shall call upon Me, and I will answer him; I will be with him in trouble; I will deliver him and honor Him” Psalms 91:15.

“If you abide in Me, and My Words abide in you, you shall ask what you will and it shall be done unto you” John 15:7.