Kevin Halligen, the DC-based private investigator that linked John and Tony Podesta (John Podesta is Hillary’s former presidential campaign manager) to three-year-old Madeleine McCann’s disappearance in Portugal in 2007, was found dead in a pool of blood in his Surrey, England, mansion.

ScotlandYardNews.com smeared Halligen’s name in the mud, as they reported his body was found in his mansion (no date given, but the article was published on January 15, 2018). What can we expect from a news source in a nation rife with pedophiles, all the way up to the Ministers of Parliament and the “Royal Family?”

The ScotlandYardNews.com reported – within the headlines of reporting Halligen’s death – that he was accused of “conning” Madeleine’s parents out of ₤300,000; yet, the money belonged to a fund set up for the investigation into Madeleine’s disappearance. The use of funds were, in fact, disputed, but the man who linked the notorious Podesta brothers (known for their art and emails linked to pedophilia and cannibalism) to Madeleine’s abduction, a major break in the case, in no way deserved to have his name smeared in such a disgusting manner, even within the headlines, announcing what obviously appears to be his vicious murder!

It was Kevin Halligen who discovered that John and Tony Podesta were a very good match to the composite drawing of the men described in Madeleine’s abduction.

He also found that the two men were actually in the same area of Portugal when Madeleine was abducted! Quite an astonishing find, right?

Oddly enough, ScotlandYardNews.com only reported that Halligen was a “boozer,” accused of “conning” Madeleine’s parents, living a lavish lifestyle, but producing no results.

The British, DC-based, investigator was wealthy in his own right; he didn’t need to bilk funds from the McCann trust. There was no mention of his wealth, or his findings, in the Scotland Yard News article, however.

Whoever wrote the sleazy article reporting Halligen’s death for the Scotland Yard News appears to be the “boozer-bilker,” not Halligen!

The Scotland Yard News reported such a smear campaign against this man, who did so much work to link the Podestas to Madeleine’s disappearance, that it sparked my interest to look further. Thank you, Scotland Yard News!

“A former colleague told MailOnline: ‘The house was covered in blood, but apparently that was from Kevin falling down so much.’”

Was that supposed to be a macabre joke about the poor man’s murder?

That reminds me of another ridiculous claim, that of author Michael Peterson, who killed his wife, and is also suspected in the murder of another woman, Elizabeth Ratliff. He claimed their stairwell was covered in blood because his wife fell down so much. The notorious author obviously hadn’t completed his studies in forensics before he came up with that stupid idea. He was convicted of the bloody murder of his wife!

By the way, this major news story was not hardly published in America. (Pedophilia has been reported among the owners of major news outlets.)

Given other extremely disturbing and suspicious evidence about John Podesta… 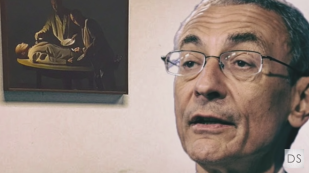 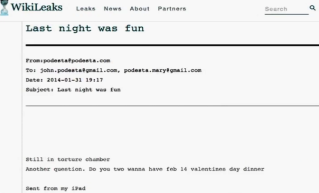 Podesta art – in their home!

…and his boss, Hillary Clinton…

…which has not been investigated, nor have either Clinton or the Podestas been investigated; one might at least give Kevin Halligen some credit for tying the Podestas to Madeleine’s abduction; along with appreciating Julian Assange, whose Wikileaks organization exposed the ghastly Clinton and Podesta emails, which are indicative of pedophilia, murder and satanic rituals! 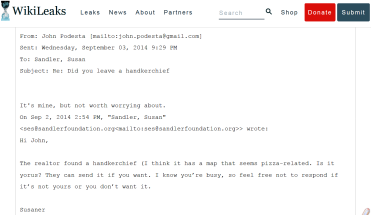 “It is a shame even to speak of those things which are done of them in secret” Ephesians 5:12

Here lies another soul in the grave, which can be added to the Clinton/Podesta list of suspicious murders, whose murderer, if history repeats itself, will go uninvestigated and unindicted.

The ScotlandYardNews.com reported that the Surrey police are investigating, but I believe we can surmise up front that the investigation in England will go “cold case,” at least until after the deaths of the Podesta brothers, as in Jimmy Savile’s case (renowned pedophile – after his death – but was knighted by the Queen during his lifetime).

Jimmy Savile, renowned pedophile, knighted by the Queen of England!

“You have forsaken your people, the house of Jacob, because they are replenished from the east, and are soothsayers like the Philistines, and they please themselves in the children of strangers, slapping hands in compact (original Hebrew = trafficking children!)” Isaiah 2:6 (ET – Elim אֵילִם Translation)

Not to worry, there is a Righteous Judge who will sit on the throne at the end of days and nobody will get away with anything!

“I saw the dead, small and great (common and renowned), stand before God, and the books were opened, and another book was opened, which is the Book of Life; and the dead were judged out of those things which were written in the books, according to their works. And the sea gave up the dead which were in it, and death and hell delivered up the dead which were in them, and they were judged every man according to their works. And death and hell were cast into the lake of fire. This is the second death (eternal burning after the first death of the flesh). And whosoever was not found written in the Book of Life was cast into the lake of fire” Revelation 20:12-15. 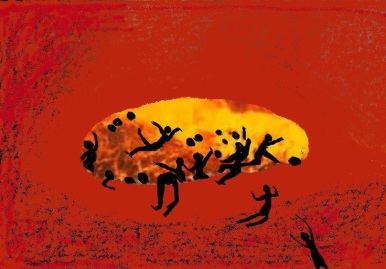 During the persecutions of Protestants by the Roman Catholics in the valleys of Piedmont, during the Seventeenth Century, Paul Giles, on attempting to run away from some soldiers, was shot in the neck, then the soldiers slit his nose, sliced his chin, stabbed him and gave his body to the dogs. Some of the Irish troops, having taken eleven men of Garcigliana prisoners, made a furnace red hot and forced them to push each other in, until they came to the last man, whom they pushed in themselves.