A Call for Prayer

I have requested prayer previously for the following persecuted saints, and they still need prayer, so this is a reminder for some of you, friends, please keep praying.

Leah Sharibu was kidnapped with 110 other schoolgirls in Nigeria by the Muslim terrorist group Boko Haram on February 19, 2018. The terrorists killed five of those girls and released 104, once they renounced their Christian faith, but they are still holding Leah Sharibu, because she refuses to renounce her faith in Jesus.

*Six more Christian girls have been kidnapped in Nigeria by Boko Haram and they too need our urgent prayers daily.

Pastor Nadarkhani and his family

Pastor Youcef Nadarkhani was previously arrested and sentenced to die for his Christian faith, “apostasy,” but after much prayer and public outcry, Nadarkhani was acquitted and released from prison, after having spent nearly three years in prison. Pastor Nadarkhani was arrested again on July 22, 2018. Iranian forces raided his home, beating him in front of his family, and they even tasered one of his young sons when he answered the door. Only a Muslim terrorist would taser a young boy, an innocent boy, who simply answered the door! We need another miracle for Pastor Nadarkhani. God delivered him before and He will deliver him again! We have to pray daily, saints.

Pastor Nerren (left) and his family

American Pastor Bryan Nerren is a Christian pastor who lives in Tennessee with his family. He was attending a Christian conference in India and was arrested after being asked if he was a Christian. He has been held in India because of his Christian faith since October 5, 2019. He was not allowed any visitation by his attorney, or the US Consulate. His passport was confiscated and India refuses to allow him to return home to his family. Pastor Nerren has a special needs daughter and his family is devastated. India is listed as the #10 nation on the Open Doors World Watch List for Christian Persecution. 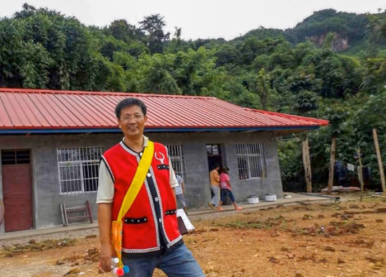 Pastor John Cao, a US citizen from North Carolina, was doing charitable work in China, when he was arrested and sentenced to seven years prison for his Christian faith. Pastor Cao’s health is deteriorating and he has already lost at least 50 pounds; he could potentially die in China’s harsh prison environment, unless God delivers him. He shares a cell with 12 inmates which is furnished with only one bed! 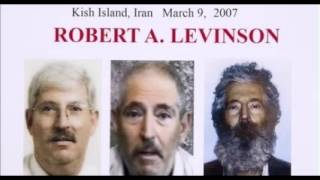 Bob Levinson was arrested in Iran in 2007 and has been held by the terrorist regime since that time. He is an American citizen, reportedly a former CIA agent, and he was taken into custody while working as a private investigator. Iranian officials interrogated Levinson in 2007, but have since denied knowing his whereabouts. I am not aware of Bob Levinson’s religion/faith, but he and his family also need our prayers.

All of these desperately need our prayers; please pray for them daily.

“All these are the beginning of sorrows; then they shall deliver you up to be afflicted, and shall kill you, and you shall be hated of all nations for My name’s sake” Matthew 24:8-9

“There should be no schism in the body (body of Christ, the Church), but the members should have the same care for one another. And whether one member suffers, all members suffer with him; or if one member is honored, all members rejoice with him. Now you are the body of Christ and members in particular” 1 Corinthians 12:25-27

We are all very busy, some more than others, and if you can’t pray daily for all of these due to time constraints, please enter them on a prayer list, or in your Prayer Book, and lay hands on the prayers and pray one prayer over them collectively (this is what I have to do due to the volume of prayer requests I have received). God understands our time limitations and He will still honor those prayers.

God always answers our prayers. He has already delivered many saints in answer to our prayers:

Youcef Nadarkhani delivered from death row during his first incarceration in Iran: https://propheticnewsletter.yolasite.com/news/youcef-nadarkhani-released-from-prison-in-iran-

Little Christina Nuh was returned to her parents three years after she was taken by ISIS terrorists in Iraq: https://nowprophecy.wordpress.com/2017/06/26/praise-report-iraqi-christian-girl-missing-three-years-found/

Others we prayed for daily were also released:

God knows there are many more; but know for certain, after praying daily for these listed above, God delivered every one of them miraculously! Let us continue praying for those in prisons and those being held against their will because of their Christian faith, and we will see them released to their loved ones. Prayer changes things!

“Again, I say to you, that if two of you agree on earth, as touching anything that they shall ask, it shall be done for them of My Father which is in heaven” Matthew 18:19

The American Center for Law and Justice (ACLJ), a Christian law firm, has fought for the release of many persecuted Christians, and they are still fighting for the rights of Christians suffering persecution throughout the world.

In addition to your prayers, you can also help by supporting ACLJ at https://aclj.org