Mainstream news reports Clark County, Washington, declared a health emergency over a rapidly spreading outbreak of measles in nearby Portland, Oregon, citing 23 cases since the beginning of the year.

News sources state that most of those contracting measles were not vaccinated and blame has been cast on the “movement against compulsory vaccination.”

An article published by latimes.com provided statistical data for Clark County, stating 7.9 percent of children in Clark were exempted from receiving vaccines for personal, or religious reasons.

Isn’t that interesting? The outbreak is located in Portland, Oregon, but they don’t provide statistical data for Portland, only Clark County, Washington, where there is no outbreak. Not only that, if 7.9 percent were exempted from receiving vaccines, that means 92.1 percent were vaccinated, so what are they whining about?

There is plenty of statistical data that proves people who have been vaccinated also contract the diseases they were vaccinated against.

ALL polio cases are caused by polio vaccinations!

By the way, nothing that happens to Oregon would surprise me, especially not after they passed a law that the government will provide free sex change operations to 15-year-old children, without their parent’s consent!

The masses are vaccinated and that’s exactly why there is such an EPIDEMIC of autism! Nobody wants to talk about that, do they?

“Health” officials use a situation like this to formulate a false flag, hype, insinuating all people should be vaccinated; but notice, they never report on the ones who are seriously injured, or the pitiful ones that end up DEAD from vaccinations!

In fact, vaccinations are so “safe” the government has exempted Big Pharma from lawsuits for injuries and wrongful death!

Liberal Luciferian Lunatics want them to keep pumping out their depopulation serum, so Big Pharma is well protected, folks.

Vaccinations are so “safe,” that’s why many of the opponents of vaccines have been threatened; and that’s why many holistic doctors have suffered untimely deaths, way too many to be accidental; and that’s why Dr Jeffery Bradstreet ended up dead, a staunch opponent of vaccines after his own son was afflicted with autism after being vaccinated, shot in the chest and cast into a lake (they always have a coroner in their pocket to declare these deaths a “suicide”)! What Christian doctor, at the height of his career, developing effective treatments for autism, vital treatments for his own son, shoots himself in the chest? In the chest, not the head, so he can prolong his own suffering at death!

Dr Bradstreet developed a very effective treatment for autism, which was confiscated from his offices by the Food and Drug Administration (FDA)!

This is one reason there is a literal hell! 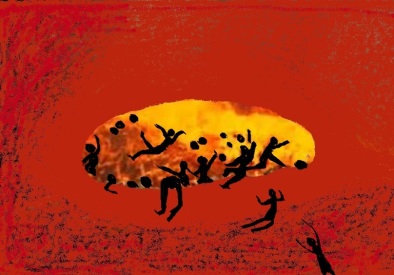 Absolutely! Come one, come all, and get your deadly-depopulation vaccines!

The only reason Americans aren’t placed in camps and tortured, like the Chinese afflict their citizens, is GUNS! If you have guns, never let them go. If you don’t have a gun, take Jesus’s advice:

“Then He said to them, But now, he who has a purse (supply bag), let him take it, and likewise his scrip (wallet): and he who has no sword (that would be a gun today), let him sell his garment and buy one” Luke 22:36

God gave us permission to defend our families and ourselves. We aren’t aggressors, but self defense is necessary. Yes, I know about the smite on the cheek commandment (Luke 6:29). A smite on the cheek is one thing, but when your family faces torture, rape, murder and the like, we aren’t talking “cheeks” anymore! Hitler’s cronies tortured children! Does anyone want to see that happen to their family?

“They hate him who rebukes in the gate and they abhor him who speaks uprightly. Forasmuch, therefore, as you tread upon the poor, and you take from him burdens of wheat (oppress the innocent); you have built houses of hewn stone, but you will not dwell in them; you have planted pleasant vineyards, but you shall not drink wine of them; for I (God) know your manifold transgressions and your mighty sins; they afflict the just, they take a bribe and they turn aside the poor in the gate from their right” Amos 5:10-12

“Neither did they repent of their murders, nor of their sorceries (pharmakeia = drugs – original Greek), nor of their fornication (all kinds of sexual immorality, including pedophilia!), nor of their thefts (sure, they even charge you to get your deadly vaccines!)” Revelation 9:21

The Day of Judgment is soon coming and the wicked will attempt to flee from the face of the Lord, but they can’t hide from Him.

“The kings of the earth, great men, rich men, chief captains, mighty men, every bondman and every free man hid themselves in the dens and in the rocks of the mountains (as in the fortified compounds governments have created in the mountains) and said to the mountains and rocks, Fall on us and hide us from the face of Him who sits on the throne and from the wrath of the Lamb, for the great day of His wrath has come and who shall be able to stand?” Revelation 6:15-17

During the persecutions of Protestants by the Roman Catholics in Britain and Ireland, in 1532, Worham, archbishop of Canterbury, apprehended Hitten, a priest at Maidstone, and after he had long been tortured in prison, and several times examined by the archbishop, and Fisher, bishop of Rochester, he was condemned as a heretic and burnt alive before the door of his own perish church (burned at the stake) – all in the name of God (the god of Catholics, who is Lucifer)!