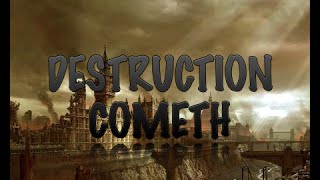 I noted in Monday’s article, Deaths Caused By AIDS Among Asians Doubles In Ten Years, that bestiality is being propagated by the New World Order elites, in addition to other perversions and degradation. During my research for the publication of that particular article, I discovered that even the National Defense Authorization Act, which Obama signed on New Year’s Eve in 2011, actually repealed the laws against sodomy and bestiality, which legalized these disgusting crimes!

Last year, schools began teaching sodomy to children in elementary schools, 10-year-olds! They are raping the minds of your children, people!

*Please visit the Home Education page, if you are interested in saving your children from spiritual, moral and physical destruction.

Headlines reported on Tuesday that the new movie, Revenant, includes a shocking scene during which Leonardo DiCaprio is “raped by a wild bear!”

Dare Hollywood leave out blood and guts? Never! The movie also shows DiCaprio ripping open a horse and sleeping naked in its carcass. Hollywood will release this piece of dung to the public on Christmas Day, no less!

The Liberal-Progressive-Socialists are working at fever pitch to destroy the spirits, minds and bodies of America’s children. They just can’t seem to get the job done fast enough.

This type of moral degradation and horror in media is part of the Illuminati plan to help further corrupt Americans, which will bring about an epidemic of deadly pestilence due to bestiality and perpetrate more violence.

Sexually transmitted pestilence is a worldwide epidemic and we all know that violence skyrockets from year to year.

Teenagers in the 60s were still generally polite and mannerly. Today, American prisons are so packed full of youth who commit violent crimes, murders, thefts, selling and transporting drugs, that even violent criminals are released early due to prison overpopulation.

Did we see these problems when prayer and Bible reading were allowed in public schools? Absolutely not! Abortion was a rare incident, but today we see millions slaughtered in the womb, and even after they are born outside of the womb! Now, Planned Parenthood is selling their body parts and arrogantly describing on video how they methodically slaughter the unborn, “crushing” above this point, and “crushing” below that point, in order to harvest specific organs intact!

America is HELL-BENT, folks, and if you want to be a part of the gang line to hell, just keep your children in American public schools, see the latest movies, rent the most popular video games for your children, and don’t forget to keep your eyes glued to the television set, where nudity, obscenity and violence are escalating to new heights, guaranteed to destroy you and your children, if you continue down that spiritually dark path.

“Cursed be he that lies with any manner of beast, and all the people shall say, Amen” Deuteronomy 27:21.

“This know also, that in the last days perilous times shall come, for men shall be lovers of their own selves, covetous, boasters, proud, blasphemers, disobedient to parents, unthankful, unholy, without natural affection, trucebreakers, false accusers, incontinent, fierce, despisers of those that are good, traitors, heady, highminded, lovers of pleasures more than lovers of God” 2 Timothy 3:1-4.

“For this cause, God gave them up unto vile affections, for even their women changed the natural use into that which is against nature…and even as they did not like to retain God in their knowledge, God gave them over to a reprobate mind, to do those things which are not convenient” Romans 1:26,28.