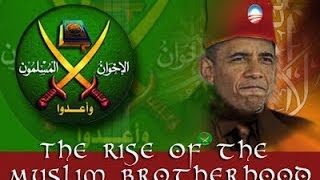 Pulitzer prize-winning journalist, Seymour Hersh, interviewed top-ranking US military personnel, whose names he will not release for their own security. Hersh refused to provide his sources, in light of Obama’s war on whistleblowers, but he did say that the London Review of Books vetted his information.

Hersh published a report in the London Review of Books stating that Obama knowingly armed ISIS in Syria.

What have I been reporting all along, folks?

This stated reason for Obama’s support of the Islamic State, however, is not true, regardless of who provided Hersh with that information, which might have even been “planted” by Obama operatives.

The real reason Obama wants Assad out is that he is an Alawite, not a Sunni Sharia-following Muslim and Assad dealt amicably with Christians. Obama, on the other hand, wants the Christians DEAD and he is for Sunnis and Sharia; the Bilderbergers are also for Sharia Muslims. The Bilderbergers have a different agenda, unlike devout Muslims, they want death for millions, perhaps a few billion, they hope. This is the Bilderberger objective.

As Christians were mercilessly, viciously and heinously slaughtered, not only did Obama continue to arm the Muslim terrorists, he knew about the slaughters, even the savage murders of children, but it didn’t move him. In fact, he wouldn’t allow his propagandized media to report on the slaughter of Christians and their children in the most brutal, heinous ways imaginable.

This is the fox sitting in the White House.

Top US military personnel openly admitted they had been ordered to release al Qaeda and protect ISIS terrorists! 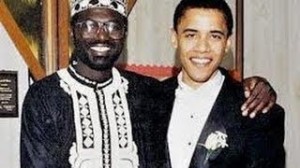 Not shocked? Perhaps you are already “in the know.” If so, great, you are keeping track. Albeit, if you haven’t yet given your life to Christ, our Lord and Savior and Creator of all things, I pray you do so by the time you reach the end of this report.

Things are only going to get worse, folks, much worse, until the Lord returns to defeat His enemies. Most Americans have forgotten God, and the Word of God tells us,

“The wicked shall be turned into hell and all nations that forget God” Psalm 9:17.

America is going to experience some “hell on earth,” even before eternal hell begins, for the sins she allows: the brutal murder of millions of unborn babies and the harvesting and selling of their body parts; abominations, such as sodomy being taught to little children as young as 10 in US pubic schools; the erection of baphomet statues and satanic emblems throughout the nation; the removal of God and His Holy Word from public schools and places; the instruction of Islam in US public schools, while the real God and His Holy Word has been kicked out!

The list goes on, but this article must end.

Prepare yourselves, America. Turn to God, while you can, pray, store water and food and purchase guns and ammunition – while you can – and don’t give them up for anything!

Jesus, knowing Rome would invade Jerusalem and slaughter Christians, said to His disciples before He ascended to heaven,

If you don’t care about yourselves, folks, you have a responsibility to care for and protect your wives and children.

The Islamic State and their cohorts include Nephilim (fallen Watchers – Daniel 4; Book of Enoch 1), which is why they are able to kill so mercilessly: raping women and children until they are dead, sawing a child asunder, burning people alive, decapitating tens of thousands…