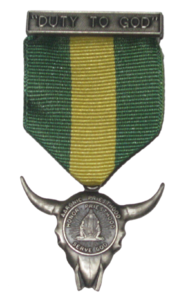 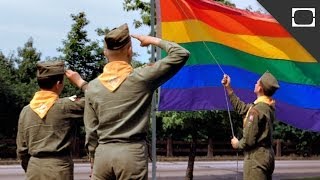 In the future, these boys could end up in something like a New Orleans Gay Decadence parade, because that’s how things progress when people depart from God’s Holy Word!

The executive committee of the Boy Scouts of America on Monday voted to allow individual scout units to decide their own policy to allow gay leaders in their groups.

In 2013, the Boy Scouts of America decided to allow gay scouts into the BSA, which took effect January 2014.

The Word of God tells us this sin is an abomination:

The Boy Scouts of America began as a Christian organization for boys, but it is now so full of compromise and deviation from God’s Word, that it clearly does not represent an organization founded on godly principles today.

“For this cause, God gave them up unto vile affections, for even their women did change the natural use into that which is against nature; and likewise also the men, leaving the natural use of the woman, burned in their lust one toward another, men with men working that which is unseemly and receiving in themselves that recompense of their error (AIDS?), which was meet (justified). And even as they did not like to retain God in their knowledge, God gave them over to a reprobate mind, to do those things which are not convenient” Romans 1:26-28.

The Word of God tells us that people who lust after the same sex are “reprobate” (Romans 1:26-28). These are people who “…serve the creature more than the Creator” (Romans 1:25).

We are living in the last days and the Word of God tells us that some will depart from the faith,

What was happening in the days of Lot? God sent his angels into Sodom (the city named after its prominent sin) to get Lot and his family out, before God rained fire and brimstone on the city on account of their gross sins (Genesis 19).

Jesus said He would be revealed (return) when there comes a time such as the days of Lot. We are living in such a time, folks!

Christians who care about their boys need to get them out of the Boy Scouts. Real Christians are starting their own boy scout groups instead; please consider doing the same to keep your boys safe and in the faith!

Trail Life USA is keeping godly principles and the true Word of God among their standards.