Please be advised that WordPress includes advertisements on this site; they are not selected by Now Prophecy.

You might have noticed, if you have searched the Pizzagate Updates throughout this site, that the Liberal Luciferian Lunatics, who own most of mainstream media, many of whom are pedophiles, have deleted most of the Pizzagate videos on this site, 16 of them, and they have axed Alex Jones’s Infowars and the SGT channel on You Tube (update: SGT restored), along with numerous others who report on Pizzagate, some with a very high number of subscribers.

SGT, who frequently reports on Pizzagate, opened a new backup channel, SGTreport2, after his main channel was censored. He published a review of Pizzagate (video above), which I thought was a good summary of the things we (those of us reporting) have published since late 2016.

I decided to run this review, SO WE NEVER STOP REPORTING – AND WE NEVER FORGET – UNTIL ALL OF THE ARRESTS ARE MADE!

We will continue reporting the truth about these little ones who are kidnapped, tortured, viciously raped, savagely killed and their blood taken from them for youth serums!

“I must do the works of Him Who sent Me, while it is day; the night will come when no man can work” John 9:4

This saying is true for all of us who spread God’s Word, His plan of salvation for man, and expose evil; because “night (censorship to hide the works of evil) will come” – and it is here – “when no man can work.”

This rampant pedophilia, torture and killing among evil reprobates today, is akin to the ancient sacrifices to Moloch (AKA Molech – Leviticus 20:2-5), when heathen nations, and later even Israel too, laid their children across the burning arms of the satanic idol god Moloch, to burn them alive!

Speaking of Moloch, that reminds me of an email Hillary sent to Huma Abedin (*pedophiles often refer to little boys as “chickens”):

Lets also not forget this hair-raising video, until the reprobate is at least investigated:

Warning: This video is disturbing; discretion is advised

Salvation is offered to everyone who repents of sin and receives Jesus as their Lord and Savior, unless a person crosses a line with God, to the point of becoming reprobate (Romans 1:21-32). Now is the time of salvation for everyone; tomorrow, or even the next hour, could be too late.

PizzaGate continues to go viral throughout the internet and in addition to social media discussions about the topic, new websites are popping up about it, such as pizzagate.com.

It is obvious by reading the content of the websites, blogs, You Tube videos and such, that most people have a firm conviction about the implication of crimes being committed by those involved in the scandal, but others aren’t as well informed and aren’t quite so sure; while there are those closely connected to the Liberal Luciferians doing their best to debunk PizzaGate.

I don’t believe the latter are succeeding as quickly as those who are trying to inform and warn the public, thanks be to God.

The biggest problem in reaching the masses is mainstream media. The few elite owners of news media are said to be heavily involved in pedophilia, “young blood” to preserve their youth, the occult and depopulation. Those in control of news broadcasting are corrupt, and regardless of their fiendish preferences and fixations, and they are controlling what most people view.

Bloggers, You Tubers and users of other social media can write just about anything and get away with it; but write, or stream a video, about PizzaGate and you are likely going to get censored, or shut down for a time.

What does all of this tell us?

First, it tells us we are hitting a real nerve among the elite who have a lot of clout in this world.

Second, the news is said to be controlled by only six major media magnates, which demonstrates an awful lot of suggestive/manipulating power over the minds of American citizens by only a select few.

Adolf Hitler, who was successful in manipulating the population of Germany by propagandized media said, “If you tell a big enough lie and tell it frequently enough, it will be believed.” Hence, nearly the entire nation indulged in genocide; that is how powerful the media is.

If you frequently watch popular news, such as CNN, NBC, CBS, BBC, etc.., you are being manipulated to believe what Luciferians want you to believe. Fox News is included with the bunch, obviously after watching Megyn Kelly’s interview with James Alefontis – the mega fake news coverup of the century!

The video embedded at the top of the page provides important information about the disappearance of Madeleine McCann, who was abducted while her family was vacationing in Portugal. The Podesta brothers match the forensic artist’s sketch of the two men that abducted Madeleine, according to eye witnesses; and according to other circumstantial information included in the Podesta emails, they should be investigated and questioned, but nothing, so far, is being done. In fact, there is a massive coverup underway. 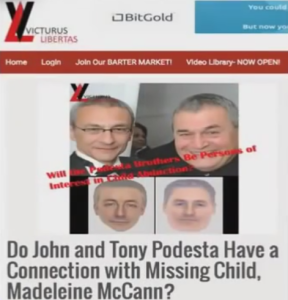 A very serious pedophile problem exists in Washington, DC; Chicago, IL, and in certain other areas throughout the nation and the world.

Citizen investigators have uncovered very incriminating evidence that pedophiles are operating throughout government agencies and the private sector, especially in Washington, Virginia, Chicago and Nebraska.

Disgusting crimes have been committed by Children’s Services Agencies, even to the degree that children in foster care have been used as guinea pigs in medical experiments. These facts have come forth in unclassified documents, crimes so outrageous, they can hardly be believed, but they are documented and certified. 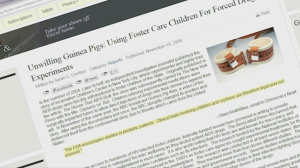 Since media moguls are cohesive in their crimes, publications from witnesses are generally quickly snuffed out, if not the very witnesses themselves.

Several reasons behind child abductions have been uncovered so far: pedophilia, child ritual abuse/satanic sacrifices, the blood of youth said to prevent aging in those who drink it, depopulation and scientific research.

Forensic evidence, medical science and credible eye witness testimonies exist for all of the above. 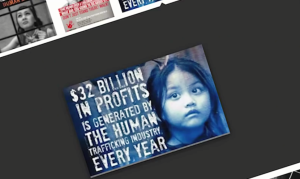 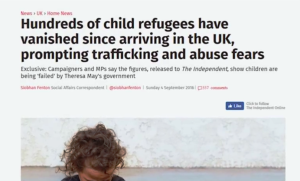 Jesus said concerning the time of His return,

What was happening in the days of Noah? According to Genesis 6, fallen angels (sons of God: original Hebrew to English transliteration – B’nai Ha Elohim) married the daughters of men. According to the Book of Enoch, these fallen angels were extremely wicked and they taught women how to abort their babies (Enoch 69:12), they devoured men’s flesh and drank their blood, akin to satanic ritual sacrifices today, committed bestiality (Enoch 7), which was also signed into law by Barack Obama, in the 2017 National Defense Authorization Act (Sect 1707, which repeals the offense of bestiality in the previous bill), and they manipulated the genetics of man and beast.

This is all outlined in the ancient Book of Enoch and we see exactly the same evils being perpetrated today, which is what Jesus alluded to, when He said, “As the days of Noah were…,” so shall it be when the Lord returns.