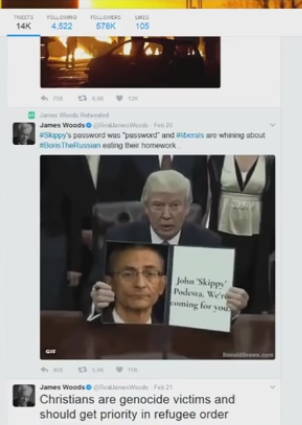 The “Department of Justice” (DOJ) has been dismissing child pornography cases in order to not reveal information about the software programs used as the basis for the charges, reported reason.com.

An investigation by ProPublica revealed that more than a dozen cases were dismissed after challenges to the software’s findings were made by defense attorneys, or refusals were made by the government or the software creators to share the computer programs, or both.

In the meantime, hundreds of emails sit in plain view on Wikileaks.org, which implicate many in crimes of pedophilia and child trafficking, but all that evidence is also being completely ignored.

Why should anyone in their right mind believe this lame excuse for the DOJ’s failure to prosecute? In fact, Wikileaks could likely bring them all the pedophiles they want, but it appears they don’t really want to prosecute them!

“Plus, if these defendants really are innocent, than (sic) the government has publicly and falsely smeared them as sickos and then balked at allowing them a true opportunity to clear their names.”

Where is the focus on the children who suffer unimaginable torture, whose tormentors walk free?

“But the private entities who developed these tools (surveillance systems) won’t submit them for independent inspection or hand over hardly any information about how they work, their error rates, or other critical information.”

Have the feds ever heard of a “subpoena” to obtain whatever they need from these companies, so they can prosecute the worst among all criminals?

The article is nonsense! It’s an idiotic attempt to clear the DOJ for their refusal to prosecute pedophiles, which they have largely neglected to do for decades!

The real reason for the DOJ failure, rather refusal, and refusal of the Federal Bureau of Investigation (FBI) to investigate such criminals, is that these departments are covering for their own crimes/pedophiles and child trafficking!

Read on, before you cast any doubt on that statement.

When we see Wikileaks exposing stacks of emails including pedo-lingo by big names (https://Wikileaks.org), who (pedophiles and child traffickers) still strut the streets of Washington like they own the world, without any investigation by the FBI, or a single charge by the DOJ, you have to know that the same vile dogs that covered-up sick crimes in the “Michael Houlihan” and “Douglas Ammerman” case (February 1987), also known as the “FINDERS” case, after they were arrested with six children, who were in deplorable condition, are still reeking of child porn, pedophilia and MKUltra experiments carried out by the Central Intelligence Agency (CIA).

Special agents in Washington, DC, and Florida found all kinds of evidence of child kidnapping, international child trafficking, “high tech transfer to the United Kingdom,” and the international transfer of currency. Agents found a large amount of data collected by FINDERS on various childcare organizations. They also found an album of photos containing adults and children dressed in white sheets executing goats in a “blood ritual.” Information was located in a computer room at the Washington, DC, residence about the two men arrested with the six children in Florida on the previous night. There were instructions advising participants to move “the children” and keep them moving through different jurisdictions, and instructions on how to avoid the attention of police.

The CIA took over the Florida case, they took custody of the six abused children and the defendants, and nothing was ever heard about that case or those children again.

Let’s understand the facts: Wikileaks is capable of providing the DOJ with all the evidence they need to prosecute pedophiles, but they have already ignored all of the physical evidence found by Wikileaks, and they don’t want any evidence, obviously!

Furthermore, they have chased Julian Assange (a hero for exposing DC pedophiles and child traffickers) down like a dog and are “foaming at the mouth” to prosecute him!

They are making up all kinds of flimsy excuses to dismiss such cases, likely ones that might even implicate people in their own agencies.

After the CIA took custody of the defendants and the abused children in the 1987 case, Florida Congressman Tom Lewis said publicly,

“Could our own government have something to do with this Finders organization? They have turned their backs on these children. That’s what all the evidence points to, and there is a lot of evidence.”

Even the Washington Post, at least at that time, wrote about some of the findings in that case: https://www.washingtonpost.com/archive/politics/1987/02/07/officials-describe-cult-rituals-in-child-abuse-case/11f05df1-48e0-41f7-b46d-249c0bd2bc39/?noredirect=on

The Word of God  reveals such things were happening in ancient times (only the original Hebrew – removed from other translations), and they are continuing today:

“You have forsaken your people, the house of Jacob, because they are replenished from the east, and are soothsayers like the Philistines, and they please themselves in the children of strangers, slapping hands in compact (original Hebrew – refers to trafficking children!)” Isaiah 2:6 (ET – Elim אֵילִם Translation)

“Therefore, My people have gone into captivity, because they have no knowledge (of spiritual things) and their honorable men are famished and their multitude dried up with thirst (because of lack of wisdom and knowledge, which only comes from God, they thirst for the “living water” [John 4:10]). Therefore, hell has enlarged herself and opened her mouth without measure, and their glory, their multitude and pomp and he that rejoices, shall descend into it. The mean man shall be brought down, the mighty man shall be humbled and the eyes of the lofty shall be humbled” Isaiah 5:13-15. (ET – Elim אֵילִם Translation) emphasis added

“The earth mourns and languishes; the world is sick and languishes; the haughty people of the earth are sick. The earth is also defiled under the inhabitants thereof, because they have transgressed the laws, violated the statute, and break the everlasting covenant…Dread, the pit and a snare are upon you, inhabitant of the earth; and it shall come to pass that he who flees from the sound of dread, shall fall into the pit, and he who comes up out of the midst of the pit, shall be taken in the snare; for the windows from on high are opened and the earth’s foundations are breaking. The earth is breaking itself, breaking itself; the earth is breaking up, breaking up; the earth is off its course, and is wavering like a cottage; and the transgression is heavy upon it; it shall fall and not rise again” Isaiah 24:4-5, 17-20 (ET – Elim אֵילִם Translation)

This is exactly what is happening, and it will continue, until the Lord returns with His saints (Revelation 19) to execute just judgment on the earth.

All pedophile reprobates will be cast into hell. 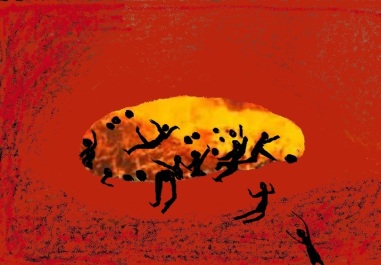 Bill Wiese’s out of body experience in hell on November 23, 1998